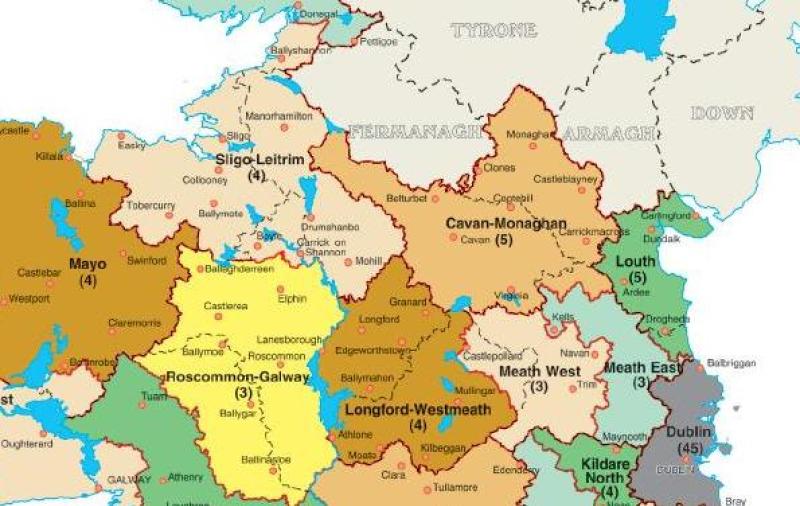 The Longford/Westmeath four seat constituency is to remain unchanged.

The Constituency Commission is recommending no change in the number of TDs that will represent Longford/Westmeath in the next Dáil.

The Commission, however, revealed in their report that they considered transferring about 6,000 population in eighteen electoral divisions from county Longford to Cavan-Monaghan to give that constituency enough population to form a 5 seat constituency.

The report further explained, “This would also require the transfer of county Westmeath population of over 8,600 in nineteen electoral divisions from Meath West to Longford-Westmeath.

“Consequential transfers between Meath East and Meath West would be required to achieve acceptable variances in both these constituencies. Overall this arrangement was not acceptable to the Commission.

“The Commission decided to recommend no change to the Longford-Westmeath (4 seat) and Meath West (3 seat) constituencies.” 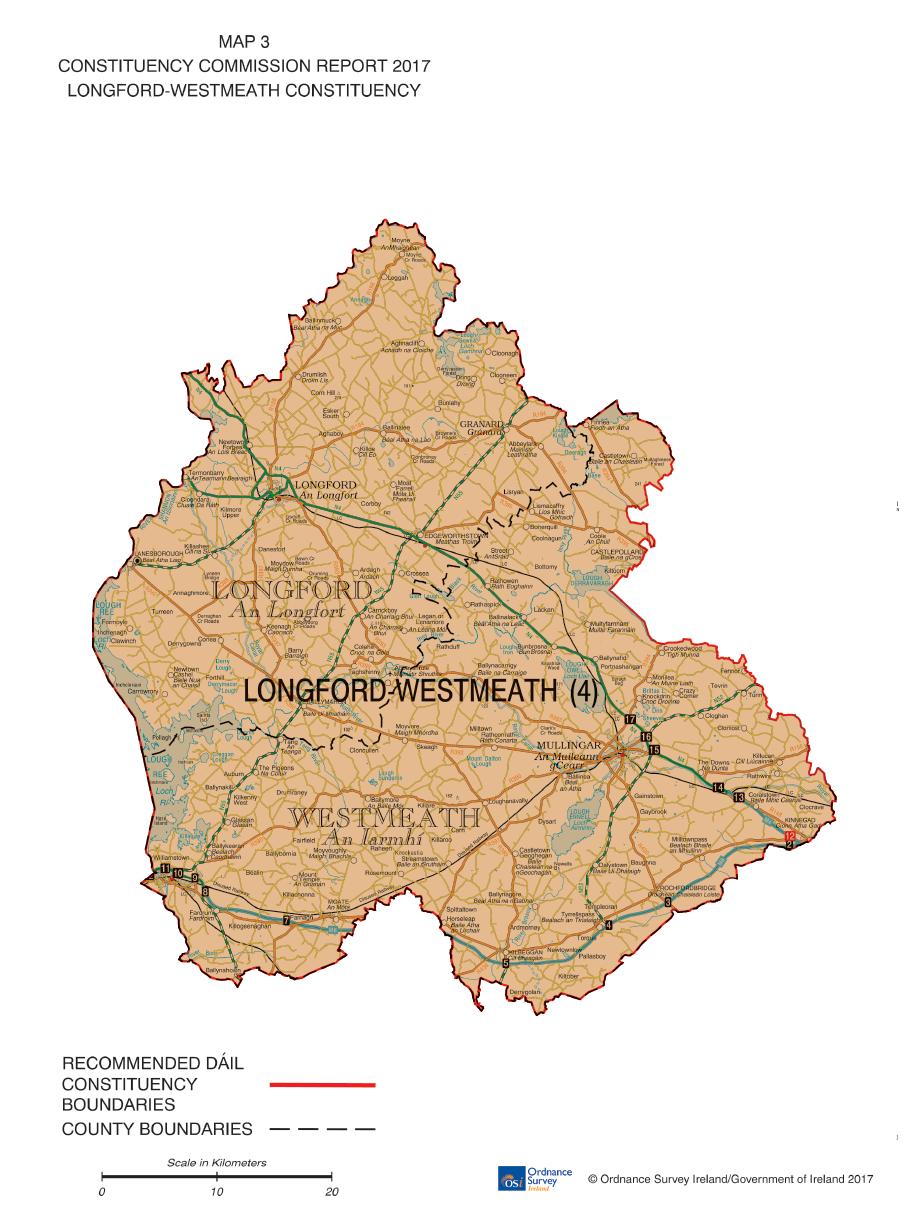 There should be no change to the 3 constituencies for the election of the 11 members of the European Parliament; Dublin (3 seat), Midlands-North-West (4 seat) and South (4 seat). 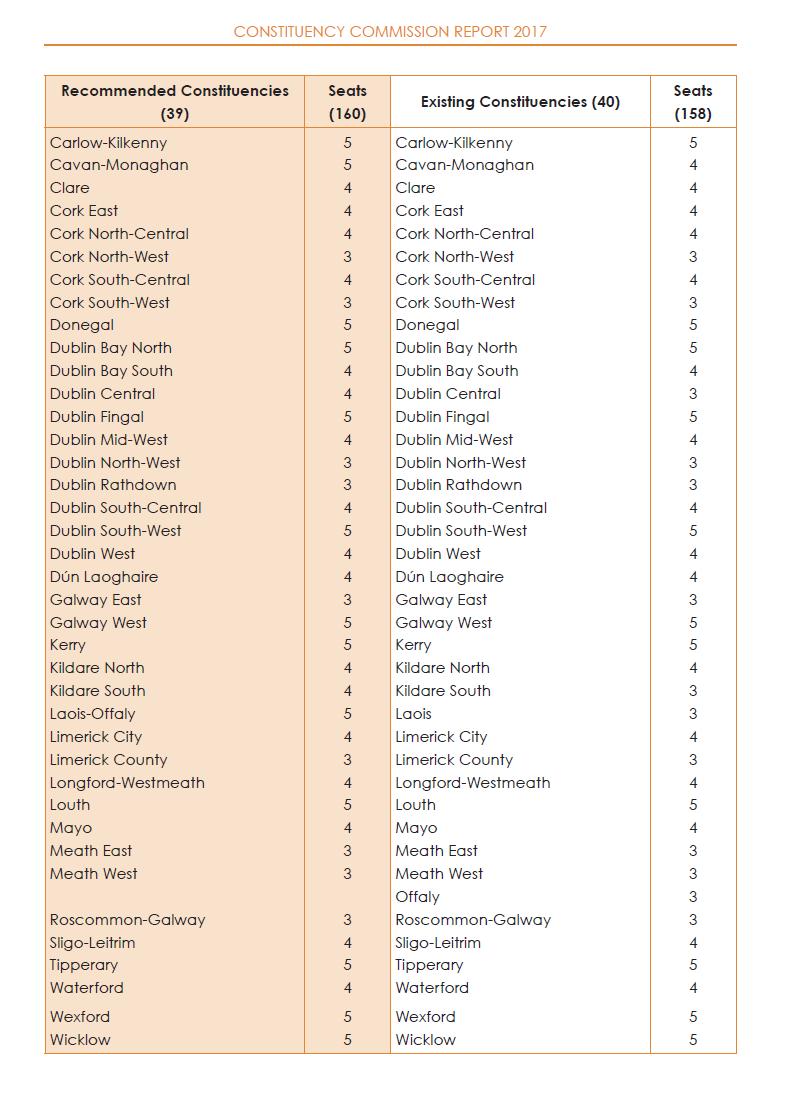