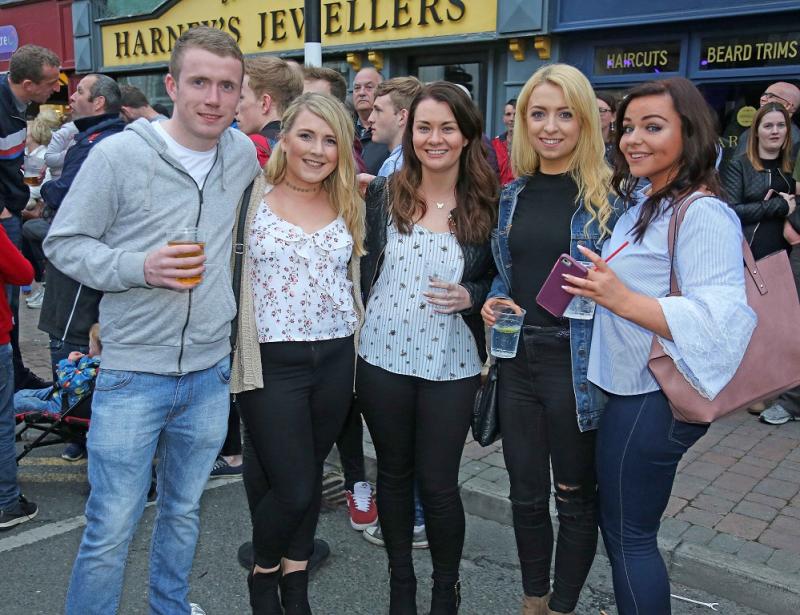 Thousands of people took to the streets for the Longford Summer Festival last weekend, which saw top class entertainment and atmosphere that rivalled even that of Glastonbury.

With an artisan market running from Friday to Sunday, a range of children's activities to keep the kids happy, live music running late into the night from Thursday to Sunday, and the whole Longford town community coming together to make the festival a success, there was something for everyone to enjoy.

“It was a fantastic weekend,” said Joe Flaherty, who was part of the group that revived the festival two years ago.

“It was a benchmark for Longford and it showed what the town can achieve. It’s hopefully something we can build on. Thanks to everybody who helped to make it a success.”

In fact, if all goes to plan, we could be seeing the festival become an annual event, with Mr Flaherty confirming that the organisers would be “hoping to build on it for next year”.

The Summer Festival rose to popularity in the 90s and was brought back to life in Connolly Barracks in 2015.

But the people of Longford hankered for the free street festival of yesteryear, and so numerous businesses and organisations around the town and county worked tirelessly to make it a reality.

And with musical acts such as Jimmy Buckley, Jake Carter, Gerry Fish, Brave Giant, and many more taking to the town centre stage to entertain the masses, there's no doubt this year's festival was one that won't be forgotten in a hurry.