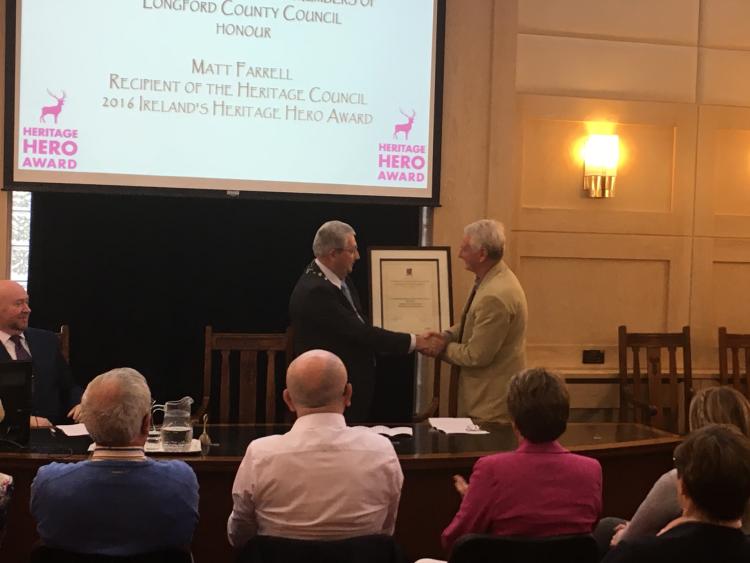 Matt Farrell is honoured by Cathaoirleach, Cllr Mick Cahill at Arás an Chontae

Edgeworthstown’s Matt Farrell was honoured at a Civic Reception in Arás an Chontae yesterday evening.

The Longford man was named as Ireland’s Heritage Hero a couple of months back and his extensive work on the Edgeworth family  has lead to a series of literary trails and historic building becoming available to the public.

“This recognition tonight is mainly on the back of Edgeworthstown heritage,” he added.

“Edgeworthstown has a proud literary and cultural heritage and the Edgeworth name is recognised worldwide.”

mid- Longford town to enjoy all that was on offer there.

“Recently we had a group from Australia who were on a three week literary tour of Ireland,” he said.

“The leader of the group, who has travelled all over the world - Suzanne Fullerton - told us that the visit to Edgeworthstown was the highlight of the group’s trip.

“It was wonderful to hear that and it is the feedback from visitors that keeps us going.”

For more on this story, see next week’s Longford Leader, on sale Wednesday.