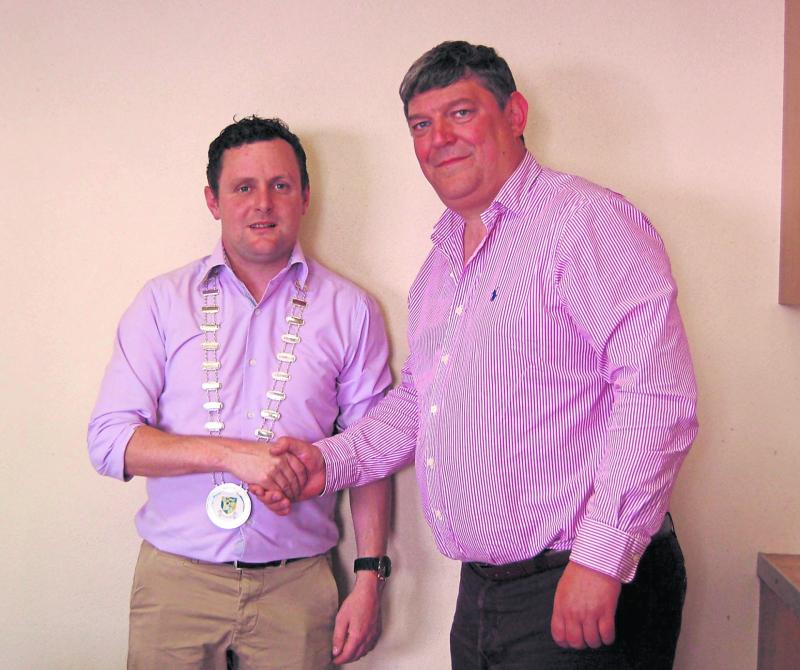 Fine Gael's Gerald Farrell has been installed as the new Cathaoirleach of Ballymahon Municipal District.

His elevation to the position was tinged with more than a hint of irony however, with the Fine Gael Cllr requiring the support of Fianna Fáil members due to the absences of party colleagues Colm Murray and Paul Ross.

"This must be the first time Fianna Fáil nominated a Fine Gaeler (as Cathaoirleach) in the history of the council," joked a smirking Cllr Casey.

"There were years you (Fianna Fáil) didn't get a chair at all and now they are giving them away."

Cllr Farrell said the occasion was one which meant a great deal to him.

"It's a huge honour and a big day for me to be able to represent the south Longford area (as Cathaoirleach)," he said.

Words of appreciation were similarly directed towards Cllr Casey for his spell in the hot seat, a position he jokingly thought might not materialise when the Independent representative turned up a few minutes late.

As entertaining as it was, there was a more sincere side to proceedings as one by one elected members paid tribute to Cllr Casey as he made way for his Lanesboro based counterpart.

Cllr Mick Cahill said there was no denying Cllr Farrell had "big shoes to fill" in emulating the equitable and unbiased nature in which Cllr Casey conducted meetings over the past 12 months.

Cllr Casey said he had taken great pleasure in representing the area as Cathaoirleach over the past 12 months, adding his one regret was the lack of financial muscles that are currently available to municipal districts.