Medal of bravery to be awarded to Longford veteran 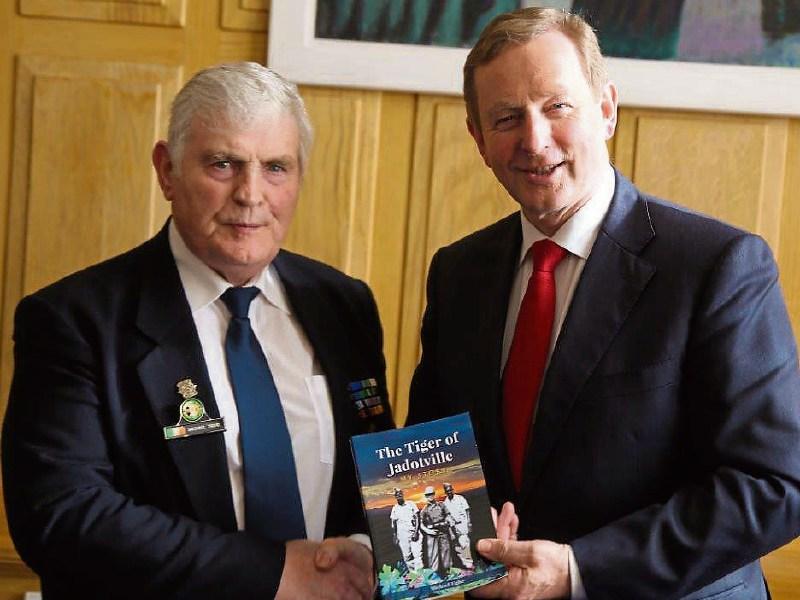 Last week's announcement that medals of bravery are to be awarded to those who fought in the siege of Jadotville in the Congo in 1961 has been welcomed by Longford veteran, Michael Tighe.

Mr Tighe was one of the 160 Irish soldiers of the A Company 35th Battalian who were attacked by 3,000 enemy troops during the siege. Less than ten were injured in the siege in a remarkable feat of resilience and courage.

“I'm delighted about it,” said the Longford soldier of the announcement.

“It's been a long time in the making. And after 56 years, we're finally getting our just reward.”

The decision to award the medals for bravery was made last week, at Enda Kenny's final cabinet meeting as Taoiseach.

A date for the awarding of the medals has yet to be announced but, Mr Tighe said, it might happen on October 22, as that date is Jadotville Day.

Speaking on the decision to award the medals for bravery, former Taoiseach Enda Kenny, in his final day in office, said that the medals would  fully recognise the bravery and courage of the soldiers during the unique circumstances of the Siege of Jadotville.

“I want to take the opportunity to also recall the contribution of all the members of the Defence Forces who served over the course of this Mission.”

Michael Tighe met with An Taoiseach Enda Kenny last February and presented him with a copy of his book 'The Tiger of Jadotville', which tells the story of Mr Tighe’s experience in the Siege of Jadotville.

Mr Tighe was first assigned to the Congo in 1960 with the 32nd Battalion and when he returned less than a year later the landscape had begun to change for the worst.

Shortly after, the Longford man found himself at the centre of the a bloody conflict when a great battle broke out that became known as the Siege of Jadotville.

Mr Tighe said that the medals to be awarded to himself and his comrades are well-derserved and that, after more than half a century, it was great to finally get the recognition.

“And it's because of the trojan work of Mr John Gorman that it's brought to its rightful conclusion,” he said, referring to Mr Gorman's 15-year campaign to get recognition for the soldiers.

Mr Gorman was another of the soldiers who fought with Mr Tighe. He spent a number of years tracking down the other soldiers, and campaigning for recognition of those who fought bravely in Jadotville.

For more on this story, visit www.longfordleader.ie.