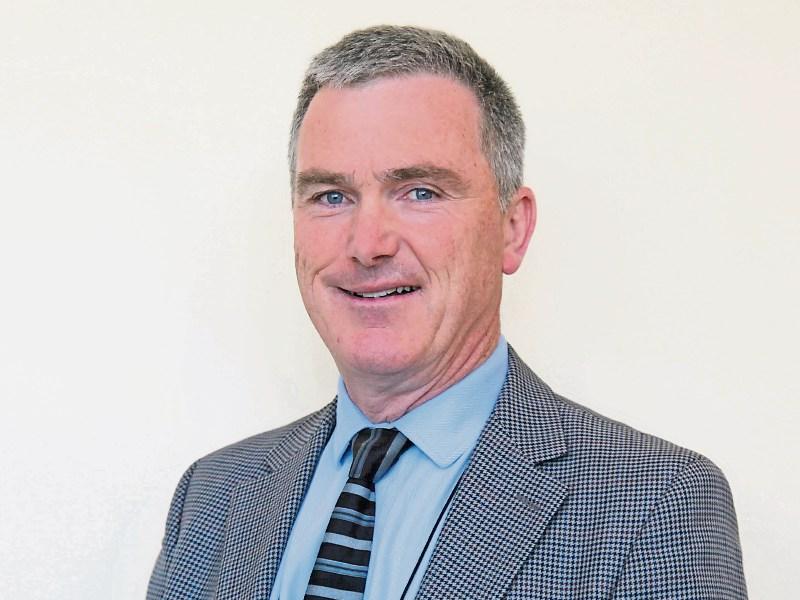 Teaching is about so much more than just standing at the top of the room and talking at students, according to Micheál Walsh, Deputy Principal at Mercy Secondary School, Ballymahon.

And, with a career that spans nearly forty years, he should know.

Having taught a range of subjects from Maths to PE, Science to Technology and Technical Graphics, over a period of 36 years, and in two different schools, Micheál Walsh has learned a thing or two himself.

And, as he prepares to hang up his teaching boots, the Longford Leader caught up with him to find out what has changed since he started his career; the challenges facing teachers today; and most importantly, what makes a truly great teacher.

“I don’t think the issues we’re dealing with now are hugely different from what we had starting out.

“We’re dealing in different times. Social media is a huge issue now in school; that has become a problem,” he said.

“It has made a big difference in one sense. The issues that I’m dealing with now, quite often have something to do with social media. But am I dealing with more issues now than I was? I’m not so sure.

“The problem at the minute is that anybody can go to their house, up the stairs, into their room, take out their computer or their phone. And now they’re anonymous. And they can write anything they like about anybody on their computer.

“And a lot of the students don’t understand - they have no concept of how wrong that is. They won’t say it to the person’s face, which is what they should do. They think that the person doesn’t know who they are. But the reality is that every device can be tracked, and we’re trying to tell students this.”

Whatever you put on your device and send out, he said, you’re sending to the whole wordyou are traceable. Your device is traceable. Do you realise this? They don’t. They’re very naive. They have a very powerful device and they don’t realise how powerful it is. That is an issue - a huge issue.”

Despite the social media issues, Micheál maintains that 99% of his 23 years in Ballymahon has been filled with good days.

“Of course, there are days when you go home and you bury your head, but they’re very few. I’ve loved being involved with young people. I have fantastic colleagues and great students and past students,” he said.

One of the most important things about teaching, he stressed, is getting involved with the students outside of the classroom, and it’s this that makes a teacher stand out in the mind of the student.

“The children will tell very quickly if you’re interested in them. And if you’re not, you simply don’t stand a chance. When teachers get involved in other activities outside of teaching, it stands.

“The whole school environment is all about relationships and if you can develop relationships, whether it’s with the students or the teachers or the parents or anyone else, then you have a plus, because they don’t see you as just a teacher anymore.

“When I came to the midlands, I honestly thought that the students were very cheeky. But I learned afterwards that they’re not cheeky. They’re inquisitive. They want to know things. You’ll be asked where you live; you’ll be asked what kind of a car you drive; why you drive that car; where would you like to go on holidays… stuff that would never be asked of you in the west of Ireland.

“But I learned that they’re actually interested. They like asking questions. But they’re not cheeky. And I say that to every new teacher that comes in here: ‘you’re going to find these students a bit different’.”

A native of Gort in Co Galway, Micheál started his teaching career in 1981, when he started a 12 year stint in Dunmore. Eight of those years involved a daily commute from Longford.

So, during the Easter holidays of 1993, when he heard that a vacancy would be coming up in Ballymahon, he drove directly to the school to find Sister Assumpta.

The interview, he said, went on from Easter until July, when eventually, Sister Assumpta offered him the job.

“I was up in Mosney on holidays and she asked me to ring her and I’ll never forget: I stood in a phone box - there was no mobile phones at the time - and I rang here and it was a miserable July summer. And I got the job. So I was delighted.”

Ever since then, Micheál has been driving a mere 20 minutes to get to work in the mornings, compared to the hour and ten minutes it took him to get to Dunmore.

“A lot of our teachers are driving outrageous distances now and this is normal. People tend to try and settle near home and are willing to drive not just what I was doing - 40 miles. They’re willing to drive 50, 60, 70 miles. And that’s tough going. I wouldn’t like to be doing that.

“So I moved up and I never regretted it.”

In September 2007, Micheál became the Deputy Principal of the school, with Josephine Donoghue as Principal, and life has been very busy ever since then.

“I’ve been on this job for ten years now. I’ve enjoyed it, but I feel it’s time to leave now. I was in Dunmore for 12 years. I moved and I came here. That was a big change. It was like starting off again.

“Then this job came up after 13 years and now after 10 years, I’m moving on to the next stage. I’ll take it easy for a while and see what I’ll do. I’m in a position where I don’t have to do anything and that’s not bad.

“I have been returning to school in September since I was four years old. And next September, it’ll be the first year that I won’t be returning to school. Now if you talk to me in November, I might tell you something different. But this is going to be a huge change.”

But, he added, his retirement comes at a time when the school is going well, which makes it easier for him to leave. If the school was struggling he wouldn’t feel so happy with his decision.

“I will miss Ballymahon because it’s a lovely place to work,” he said, adding that the town itself, like the school, is thriving and growing at its fastest pace in years.

“I’ve seen a total transformation in Ballymahon since I’ve been here. Ballymahon is thriving. Businesses are going well here. There’s a good buzz around.”

Micheál is almost at the end of his career, with just another week of Leaving Cert exams going on before the school closes for the summer.

“I wouldn’t want to be doing the Leaving Cert. I can remember it was the toughest exam I ever did and I say that to the Leaving Certs. It is definitely a difficult exam.

“And after that I think it gets a bit easier. That’s the one part of school that I feel genuinely sorry for kids. The Leaving Cert is a tough exam,” he said.

And, with his last group of Leaving Certs currently sitting their exams, Micheál is looking forward to his retirement.

“I’m bowing out after 36 years. I’m looking forward to it. I’m not retiring. I’m changing. I’m going to play golf, follow Slashers, and do a bit of sailing on the Shannon.

“We have the Shannon on our doorstep and we don’t make enough use of it. It’s a beautiful place. So I have a sailboat out on it and I’m going to make a lot of use of it.

“And after that, who knows? I’ll reassess. I’m too young to retire, you know?”