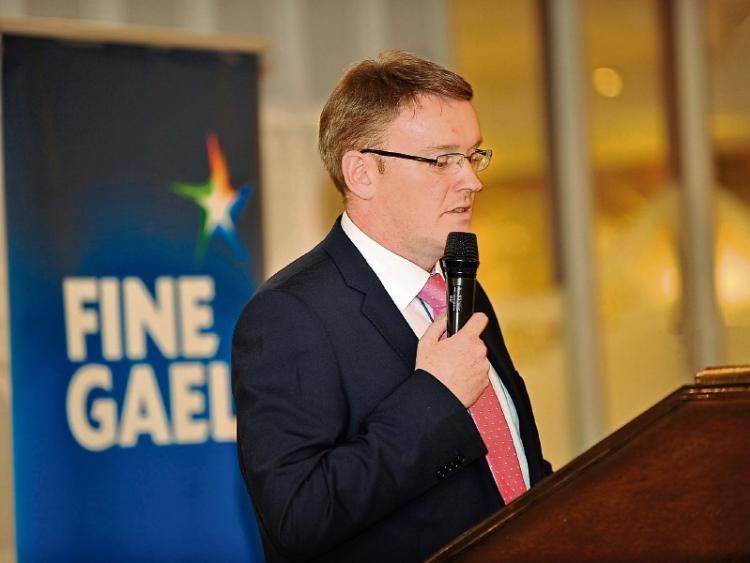 Ballinalee Councillor Micheál Carrigy will contest the next general election for Fine Gael after fending off the challenge of Cllr Paul Ross at the party's selection convention in Longford last Friday night.

Cllr Carrigy came out on top by a margin of 232 votes to 166 at a near full to capacity Longford Arms Hotel.

The father of three had been viewed as the frontrunner for the nomination in recent weeks, a position which was only strengthened as two other rivals for that honour, Cllrs Ger Farrell and Colm Murray, dropped out ahead of the contest.

Their withdrawals meant delegates had a choice between the GAA's central council delegate or south Longford Cllr Paul Ross.

Around 500 party members had been expected to vote, but when the final results were revealed it emerged just shy of 400 had in fact  exercised their democratic right.

It was perhaps telling Cllr Paraic Brady, in seconding the candidacy of Cllr Carrigy, said he didn't want the evening to descend into a “battle between north and south”.

Try as he might, it was hard to escape that reality as both candidates made a last ditch bid to sway any undecided members.

“I am by far the most experienced candidate with the highest profile to win the seat back,” said a defiant sounding Cllr Carrigy.

Laying claim to his vote topping exploits in the 2014 local elections, Cllr Carrigy said his reasons for pursuing national office were as much personally as they were profressionally motivated.

“I want to ensure that my sons can grow up in a county they can be proud of, to boast about and to seek employment so that they too can raise their families,” he said.

For his part, Cllr Ross gave a frank and clear-cut assessment of his own credentials, perhaps influenced by his opponent's choice of  vote getting rhetoric.

“I am not going to stand here and say I will top the poll at the next election,” he sternly stated.

“This is not about topping polls, this is about seat winning.”

Ultimately, they were pleas which fell on deaf ears as close to 60 per cent of delegates opted for the Ballinalee postmaster to lead the Fine Gael charge at the next election.

Securing a mandate and winning a seat are two different political animals entirely.

And whatever your party persuasion, you can bet your bottom dollar the wily Ballinalee postmaster will be doing his level best to satisfy both aspirations.