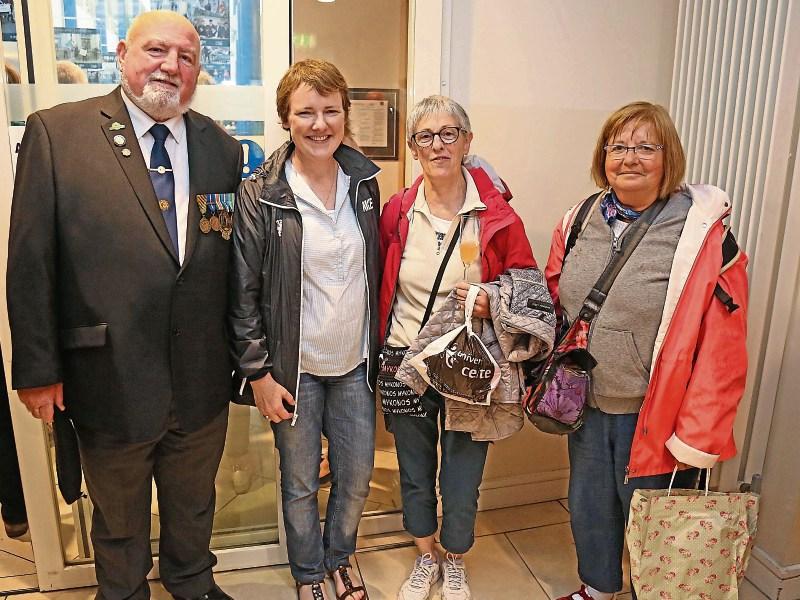 Twenty five people from Longford’s twinning town, Noyal-Chatillon-Sur Seiche a French town situated in the heart of Brittany close to the historic city of Renne, arrived in Longford on Thursday evening to a warm welcome at Arás an Chontae, despite the cold and heavy downpours!

The initiative is now in its 19th year and has gone from strength to strength since its inception in 1998.

The 25 people that travelled over to Longford were treated to some wonderful local entertainment that included a few very well known songs from Longford Voices United Choir and lots of fiddle music from the Newtownforbes/Longford Comhaltas which was established last year.

Its members are aged between six and 12 years and their jigs and slow airs received rapturous applause upon completion.

Cathaoirleach of  Longford County Council, Mick Cahill said he was delighted to welcome the visitors to the county and he wished them well during their  trip.

“We are delighted to welcome you all to Longford,” he added.

“We are very proud of our town and with the twinning arrangement between the two towns.

“This arrangement has remained very strong and that is down to the commitment of the people in both towns.”

Meanwhile, the French flag was raised in the 1916 Commemoration Garden across from Council HQ and once all the formalities were completed, the French visitors, their hosts and local council members sat down to a delicious and very welcomed meal.

The visitors also took in a tour of Ardagh and spent a day in Galway city during their stay here.

During the visit, Deputy Mayor, Noyal-Chatillon-Sur Seiche, Annie Coént said the twinning programme had resulted in great friendships between the two towns.

“I have been to Longford three times now,” she smiled, “And the last time I was here, I participated in the 1916 Commemoration; that was a great honour for me”.

The Deputy Mayor went on to say that she has met “amazing” people over the years and everyone was now looking forward to celebrating the 20th anniversary of the initiative next year.

“This has been an enriching and wonderful experience for all of us,” she concluded.