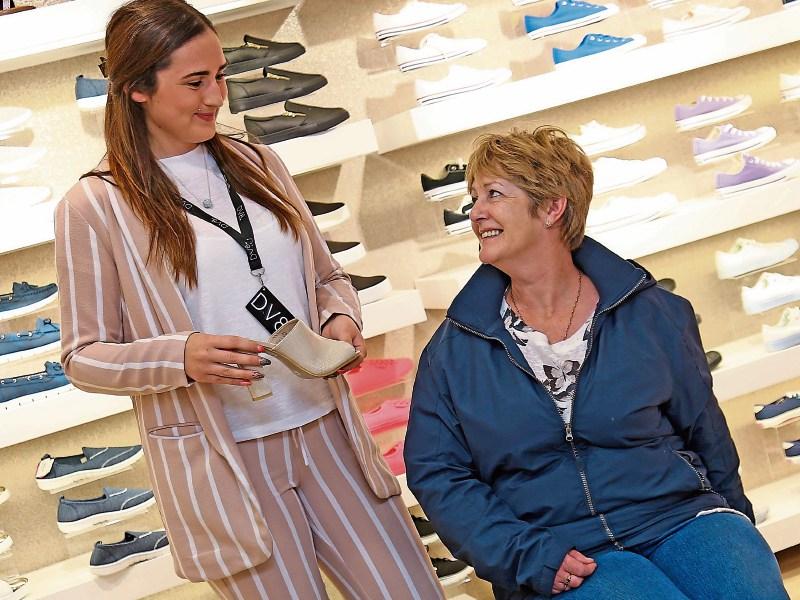 Leading fashion chain, DV8 opened its doors to the public on Friday June 2 last, and has impressed a lot of shoppers so far.

The store will sell both men's and women's apparel for every occasion, with a range of top brands available.

“We're part of the DV8 group that was set up by Ian McMahon in the north. He inherited the clothing store his parents set up,” said Amanda Mason, who is the manager of the Longford store.

“So he ran with it then and he set up DV8. We have loads of stores in the north and we have them in the south, so we're just another addition to them.

“It took us three days to set up. We do both men's and women's clothing.”

The store, which is situated on Ballymahon Street has taken over the building which previously housed Bargain Centre, and has been refitted and decorated to fit in with other stores in the DV8 group.

Aside from the jobs that have been created in Longford, the store is a huge addition to the town's fashion industry and will offer a welcome boost to the economy.

“I think Longford badly needs it. You have Spirit and you have a lot of men's stores, and you have boutiques, but you have nothing like here, which is for everybody,” said Amanda of the boost DV8 will give to Longford town.

“So you could come in here and get something for your Saturday night out.

“Or you could get your Christening or Wedding outfit, or even your running gear with Superdry.

The store stocks a number of top brands including Superdry, Only, Calvin Klein, Jack and Jones, Lacost, Convers and a large range of other popular and well-known brands.

“We cater to everything. I know it's a little bit of a higher price point, but it's not completely unaffordable and it's good quality too,” said Amanda.

The store is now open on Ballymahon Street, Longford Town.