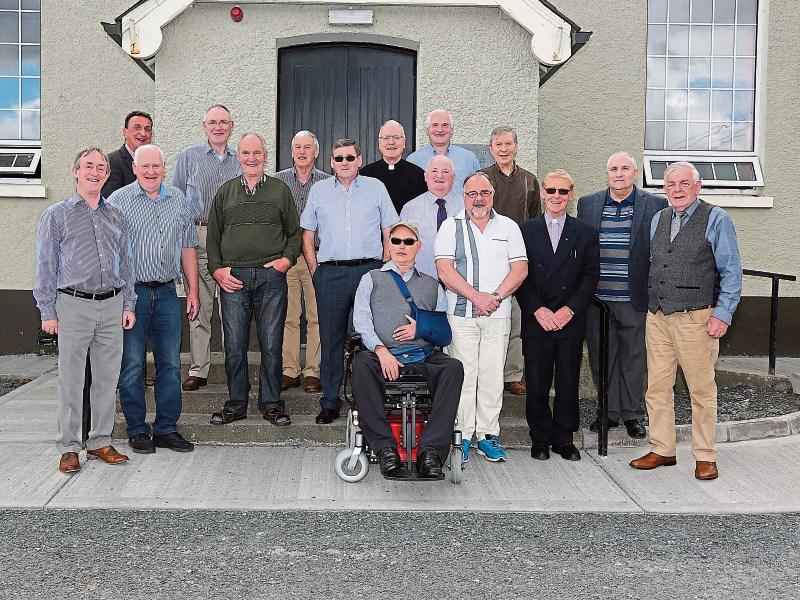 The Class of ‘67 held a memorable school reunion at the Old Latin School in Moyne last week.

There was no end to the discussions on the day and needless to say the chat covered everything from football and politics to mitching; the tricks the boys played on each other; the big  row at Moyne Cross and much, much more!

The big row at Moyne Cross became a famous incident in the north Longford parish and is still talked about to this day.

It seems two fellas at the school started to fight out in the schoolyard while playing football and before long the boys were in fisticuffs at Moyne Cross.

Michael McGirr then told those gathered that he unfortunately got caught up in fight which was in full swing when he got there.

“I just jumped in and ended up with a very bloody face as a result,” he laughed as he recalled the incident that took place 50 years ago.

“I thought I wasn’t a bad boxer back then but I can tell you one thing after that event I soon found out I wasn’t a very good boxer!”

Meanwhile it emerged that another classmate, Pat Mulligan played music at the time, but none of the boys in the class realised this until much later.

“I played the accordion for almost seven years,” Pat  told the gathering.

“I learned to play by ear and never needed music sheets.

“I still play a little but not as much as I used to.”

John Francis then pointed out that one of his strongest memories from his time at the Old Latin School in Moyne centered around the fact that nobody wanted to go into Fr Lennon’s class too early.

“We used to be here early and all the trees were out there at that time, so when we would arrive up on the bicycles we would hide in the trees,” he smiled, before pointing out that on one particular morning, they were out hiding among the trees when Fr Jimmy landed out to cut one of his famous big sticks.

“He never seen us and we got away with it!

“None of us were too fond of going into that first class - you’d be on your own.”

There was another famous incident that was recalled.

“One of the teachers was out and a very young woman came to the school to fill in for the day,” said a past pupil.

“I remember well, because we all got a beating out of it, we fired pieces of chalk at her and she reported it to Fr Jimmy the next day.

“He decided he would deal with the matter by beating everybody; so we all got it I can tell you.”