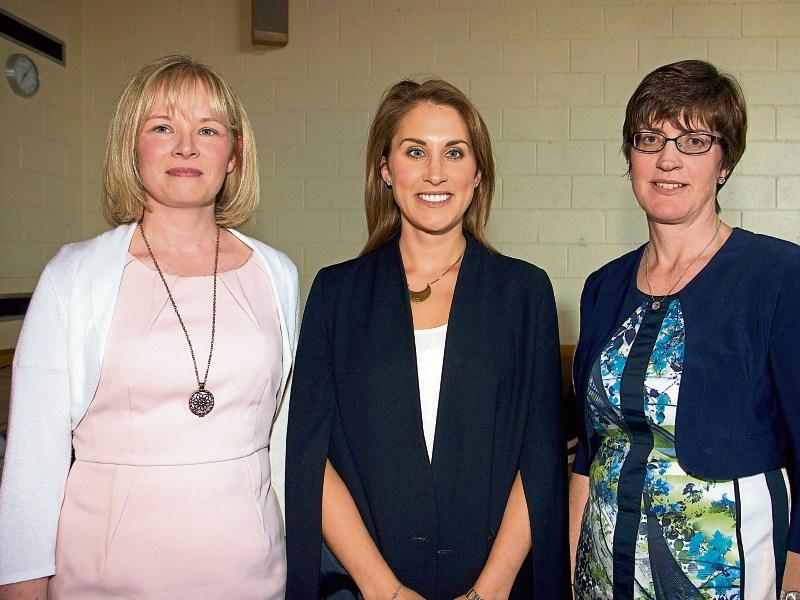 The end of the school year is a big time for students - especially those who are sitting Leaving Certificate exams and about to step into a whole new phase of life.

But, says Anne-Marie Tomchak, it's important to remember that there's a chance your future job doesn't even exist yet.

“The internet wasn't widely available when I started secondary school. And social media sites like Facebook and Twitter didn't exist,” said Anne-Marie, who addressed a crowd of girls at the Mean Scoil Mhuire Awards ceremony recently.

“But there are still so many skills I learned in school that I use every day in my job,  which is very tech and social media focused.”

The current editor of Mashable in the UK, Anne-Marie is a Longford woman and a former Mean Scoil Mhuire student.

So when she was asked to return home as a guest speaker at the awards ceremony, she was thrilled.

“I felt very nostalgic, to be honest, walking through those corridors that I had spent so many years in,” she told the Longford Leader.

“Everything felt so familiar, but different at the same time. It was great to see the school looking so well and I felt immensely proud and reminded of the great education I had in Scoil Mhuire.”

At the ceremony, Anne-Marie spoke of her own time in the school, and the advice that her teachers gave her when she was one of the students planning her future career.

“She encouraged students to be authentic, stating her producer in the BBC asked her to use her own Longford accent,” said Chrissie Hardiman, a teacher at the school.

“She paid tribute to her parents who were present in the audience and thanked them for always being her greatest supporters.”

Ms Hardiman and one of the students, Shauna Tarmey, presented Anne-Marie with flowers after her speech.

“What a lovely group of girls who have their whole lives ahead of them,” said Anne-Marie.

“The uniform hadn't changed a bit! It's such an exciting time in your life where you have so many opportunities.

“I was invited back for awards night so it was really a night to acknowledge all of their achievements and I felt very lucky to be a part of that.”

Anne-Marie said she learned so much from the school when she was younger, adding that it was where she developed her storytelling skills and her love of art and languages.

“My Art teacher Ms Daly was a big inspiration and was always encouraging us to express ourselves,” she said.

“She was so open-minded and a breath of fresh air.

“My Spanish teacher Ms Byrne went above and beyond for me, helping me to take part in a student exchange in Madrid when I was 14 years old. You can't put a price on that kind of encouragement.

“And I will always remember my Maths teacher Mrs Butler's expression: 'A little bit of manners goes a long way'”

This piece of advice, she said, always stuck with her. No matter how competent or talented or hardworking or charming you are, good manners are something that will get you a long way anywhere in the world, she added.

“A lot has changed since those days when I was sitting in school in a blue uniform!

“But one thing that remains is the unwavering support from the teachers of Scoil Mhuire.

“Thank you for sharing your knowledge with me during a time in my life that would be critical to what I did next,” Ms Tomchak concluded.