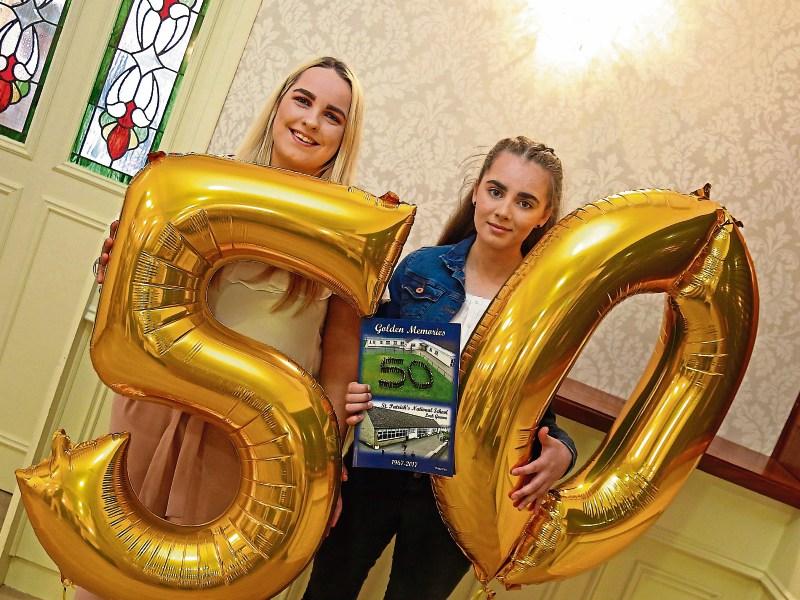 There was great excitement in the village of Loch Gowna over the weekend as the local national school - St Patrick’s celebrated its 50th anniversary.

Proceedings kicked off on Saturday afternoon at 3pm when the Bishop of Ardagh and Clonmacnoise, Francis Duffy celebrated mass in the local church.

The 6th Class pupils at the school also celebrated their graduation on the day.

Afterwards the official launch of a commemorative book - The Golden Memories - took place at the Piker’s Lodge and that was followed by a meal for parents, pupils, past pupils and friends who gathered together to join in the local school’s golden jubilee.

Principal, Kate Crossan told the Longford Leader that the school was built back in 1967 after parents at the time highlighted their dissatisfaction at the conditions of the old school.

“At the time, the parents withdrew their children from the old school in protest and demanded a new school be built,” added Ms Crossan, before pointing out that  shortly afterwards construction of St Patrick’s National School began.

“After Mass we invited everyone back to the school where we held a trip down memory lane; we had lots of old photos and we had science displays in our stem room.

“We then had the launch of our Golden Jubilee Art Projects in which every child in the school worked on.”

Ms Crossan went on to say that Golden Memories held within its covers a collection of stories, photographs and recollections depicting the 50 years history of the local school.

“Parents and past pupils alongside present pupils contributed to this book and it really is a wonderful collection of memories,” she continued.

And, once the formalities were over, those present geared themselves up for a great evening’s entertainment by the pupils of the school.

There was recitations, songs, dance and musical entertainment of every description and it was a historic occasion that was thoroughly enjoyed by all those present.