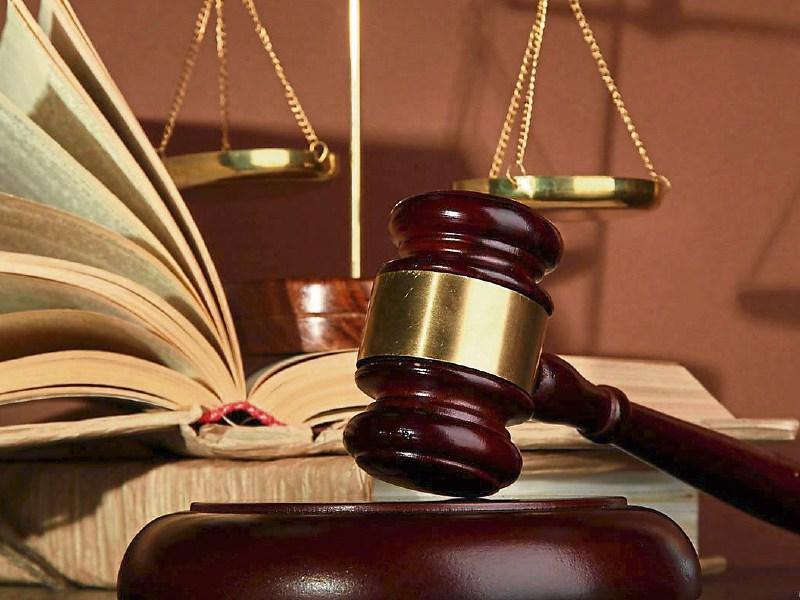 A man who was caught urinating along a busy street in north Longford has been fined €250 by Judge Seamus Hughes.

Mr McDonnell, who pleaded guilty to the offence was also charged with assault causing harm to a man he allegedly assaulted on the same date.

That incident, the court heard, took place at The Harper’s Lodge, Granard.

When the matter was brought to the attention of Judge Hughes it was revealed the alleged victim wished to withdraw his original statement.

The man, who was called into the witness box to explain why he was now reneging on what he had previously stated.

“He (Mr McDonnell) apologised through family and since then he apologised to me directly two weeks ago,” said the man.

“And I was happy enough to accept that.”

The man denied he had been offered money by Mr McDonnell to withdraw his complaint, adding his injuries included facial swelling and a small cut inside his mouth.

Shrugging his shoulders as he looked down from the bench, Judge Hughes said there was little the court could do but to strike out the Section 3 assault charge against Mr McDonnell.

It was a move which nonetheless drew a stinging riposte from the judge.

“It’s very easy to say that,” he told Mr McDonnell’s alleged victim, stating the lost manpower in investigating the case was something which especially annoyed him.

“The law should change where people are wasting the resources of the Gardaí.

“You are getting the Gardaí to do your dirty work.”

In dismissing the assault charge, Judge Hughes turned his attention to the two other public order charges before the court.

Superintendent Brian Mohan said it was around 11:30pm when gardaí who were passing through Granard in a patrol car spotted a man in a highly intoxicated state, “falling around” and unable to stand.

“Gardaí approached the male and Garda Lynn requested him to put his penis back inside his trousers,” he explained.

Dressed in a suit and with his hands clasped in front of him, Mr McDonnell told the court he was a self employed market trader.

Standing beside him, his solicitor Brid Mimnagh said it was Mr McDonnell’s wife who alerted gardaí to the fact her husband was in Granard drinking.

Ms Mimnagh said her client, a 52-year-old father of six was equally “quick to put his hands up on the first occasion.”

Judge Hughes was more keen to examine why Mr McDonnell had not opted to use a toilet.

“He (Mr McDonnell) was outside at this stage,” replied Ms Mimnagh.

“He is a man who should have known better and it was a case of drink in, wit out.”

In the midst of Ms Mimnagh continuing her mitigation to the court, Mr McDonnell’s wife stood up in the public gallery in an attempt to give further clarity to the incident.

“I apologise,” she said.

“Mr husband was going through a tough time and his mother was not long deceased.”

Mr McDonnell himself said he very much regretted his actions and was embarrassed by having to defend himself in an open court setting.

“I wouldn’t say it would be too easy to embarrass you,” Judge Hughes sternly replied to Mr McDonnell.

Ms Mimnagh was quick to step in, insisting her client was “not a man that would carry on like that.”

Judge Hughes was not for turning however, sharply telling Ms Mimnagh: “Sure, you wouldn’t have a clue what he (Mr McDonnell) does.”

In finalising the case, Judge Hughes imposed a €250 fine for the urination charge while the second public order offence was taken into consideration.