Varadkar laughs off 'beef or salmon' jibes in Longford 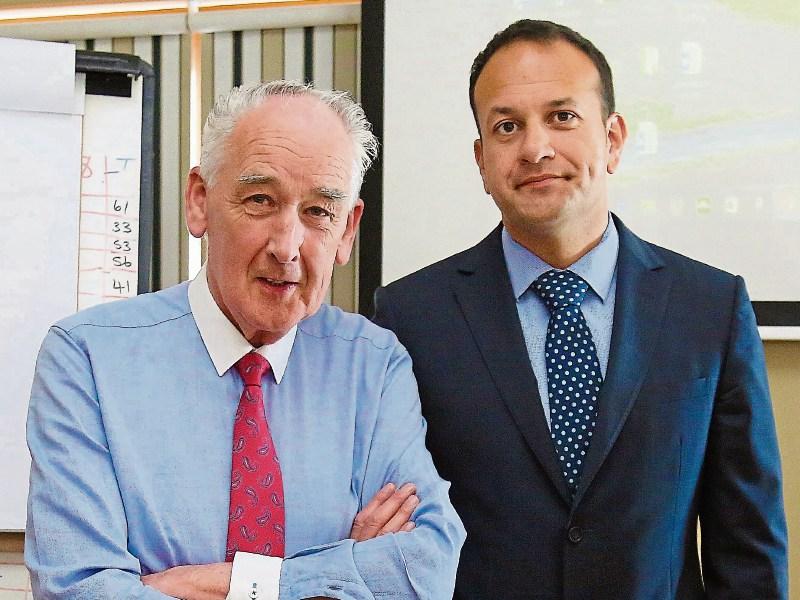 Social Protection Minister has denied his pledge to represent people who "get up early in the morning" was not intended to isolate a large cohort of Longford voters.

Asked directly by the Leader as to his take on how  proceedings went, Mr Varadkar opted instead to focus on his decision to visit Longford.

"It's a pleasure to be here in Longford to meet some members of the business community and Fine Gael members to talk to them about the new benefits my department has in place to support people who are self employed and to people who run their own benefits," he said.

"More importantly (my visit) is to hear from them and about some of the issues affecting them as business people, issues such as rates and infrastructure to make sure the economic recovery is broad based and visits all parts of the country."

Mr Varadkar, who currently enjoys a healthy lead over Mr Coveney in the leadership race attempted to clarify his much publicised comments of rewarding "people who get up early in the morning".

When asked by the Leader as to why he chose to reference certain sections of society such as private and public sector workers, parents, the self employed and not farmers, of which Longford is home to a larget cohort, Mr Varadkar was again forthright in his response.

"I think everyone knows farmers do get up early in the morning.

"I will certainly work that into my speech in the next little while.

"What I am talking about is ensuring Fine Gael as a party champions and prioritises people who work in the country, people who are in employment in the private and public sector, self employed, farmers but also people like carers for example and parents.

Mr Varadkar also laughed off suggestions made by one local councillor last week that the choice between himself and Mr Coveney was akin to walking down Longford town and choosing between beef or salmon.

Fighting back laughter, Mr Vardakar accepted he and his political rival shared much of the same political philosophy but did suggest counties like Longford would be better served with his name at the top of the Fine Gael food chain.

"We are both members of the same party, we both served in the same government for the past six years so it's not going to be a radically different choice between the two of us.

“But there will be a different emphasis and a different style and one of the things that I am putting forward which I think will be of huge benefit to Longford is a much more ambitious capital programme."