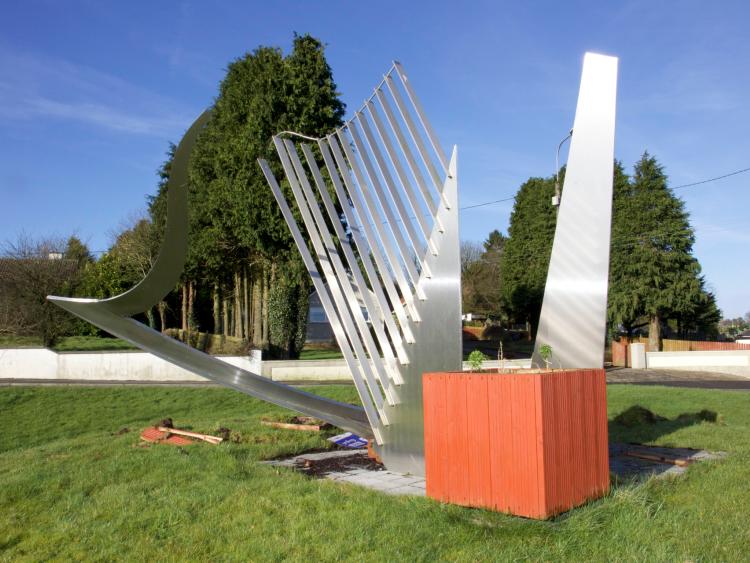 What remained of the Harp sculpture in Granard after it was damaged earlier this year Photo: Michelle Ghee. www.gphotos.ie

Local authority chiefs are locked in talks with insurance officials over moves to replace Granard's silver harp feature which was damaged following a road incident earlier this year.

The eye catching structure and emblem of the north Longford town's enduring harp tradition, was left impaired in January after being struck by a commercial goods vehicle.

At a meeting in Granard last week, Director of Services John Brannigan reaffirmed the council's commitment to restore the feature to its former glory.

“We have contacted the motor insurance company and we are awaiting a response, but it is our intention to repair it,” he said.