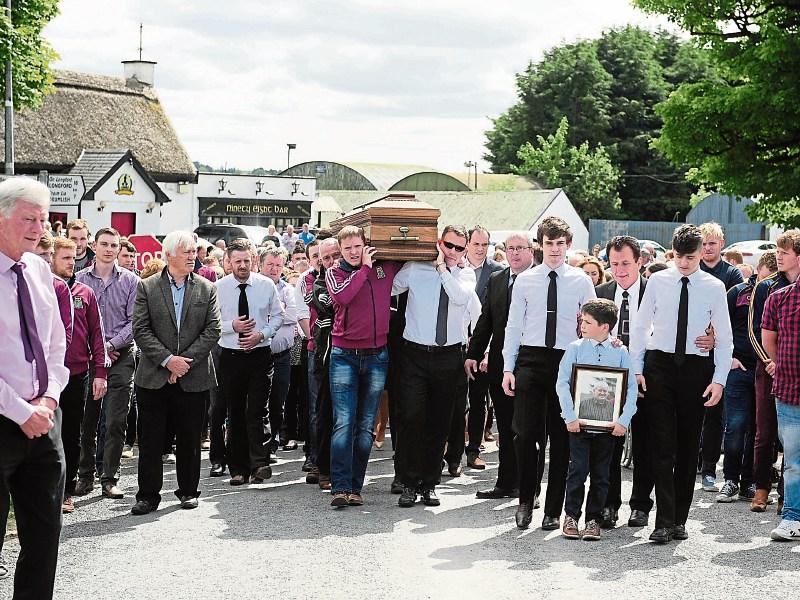 The village of Ballinamuck came to a standstill on Sunday afternoon last as the Funeral Mass of singer and musician Noel Cassidy took place in the local church.

Mr Cassidy (62) died at Beaumont Hospital following a short illness on Tuesday, May 23 last surrounded by his family.

Hundreds gathered to bid a final farewell last Sunday to a man who was described as “a legend”.

Indeed the large crowds that visited the family home in the days leading up to the Funeral Mass is testament to the esteem in which Noel and the entire Cassidy family are held.

During the Funeral Mass, chief celebrant Fr Ber Hogan said everyone had their own particular story to tell when it came to the popular and much loved north Longford singer.

“Noel’s life was bound up in music and entertainment going as far back as the 1970s with his first band the Wagon Masters,” he added.

“His life was mostly about song, music and storytelling.”

Mr Cassidy’s son David also paid tribute to his dad, describing him as “a father, a character, a legend”.

Friends and fellow singers Mick Flavin and Big Tom sang at the Funeral Mass while Fr Manning Gaels held a guard of honour as Mr Cassidy’s remains were brought  to the local church.

“A wise man once said that a man never dies when he has a son - Noel Cassidy you have four,” David Cassidy concluded.