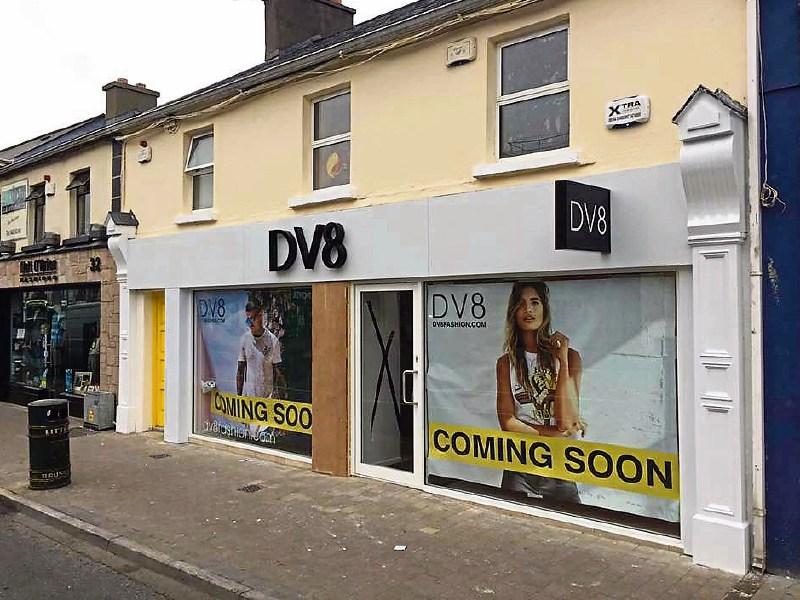 Leading fashion chain DV8 opens its doors in Longford this week in what could be one of several new additions to the county town's retail mix.

As first revealed by the Leader back in April, the renowned high street giant will set up base at the former Bargain Centre (Access Centre) premises on Ballymahon Street.

Since then steady work on refitting the store and bringing  it in line with the broader DV8 look has taken hold.

Those efforts come to a head this Friday when DV8 opens its doors to Longford's shopping public for the first time.

Aside from the 15 jobs that's expected to come on stream, the trendy clothing and footwear specialists believe its expansion into Longford will offset an overall €1m investment in Longford's retail industry.

And according to one of the main instigators behind the move, it's a development which   could spark similar announcements in the very near future.

“It's great to see  extensive work underway to get the DV8 outlet open for Friday on Ballymahon St,” said Fintan McGill of Sherry Fitzgerald McGill.

“The DV8 team are hugely impressed with Longford and are extremely confident that the new store will trade very well.”

“I am aware of a number of other major developments in the background for longford town and hopefully they will come to fruition in the coming months.”

Without going into the finer details of what those developments may or may not entail, Mr McGill said there was a growing sense of confidence as to Longford's economic prospects going forward.

“The opening of the DV8 store will be a major boost for the Ballymahon streetscape and will also add to the town's exciting retail mix.

!Friday is a big day for Longford town and hopefully we'll see a few more over the coming months.

“Longford is finding its feet once more,” he said.