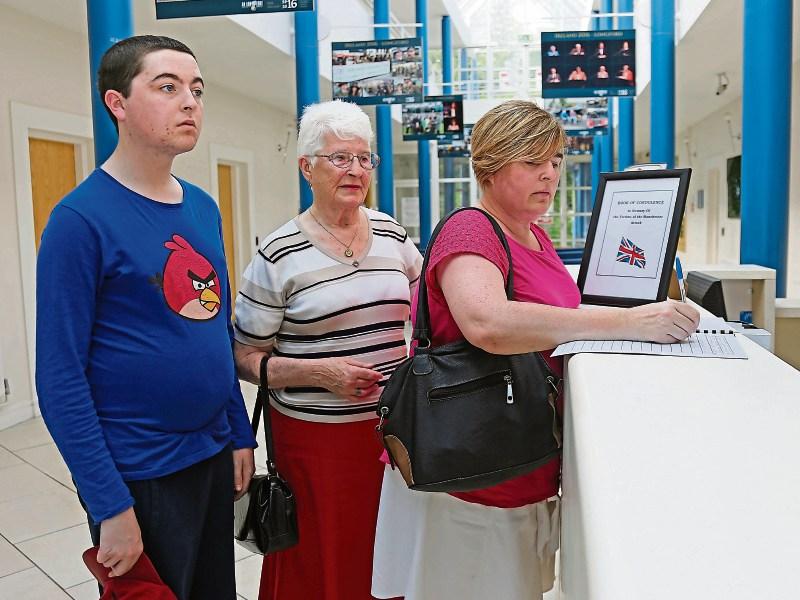 They say every cloud has a silver lining and if this is the case then it’s the rise of community spirit in the city of Manchester that is that silver lining this week as people there try to make sense of the IS bomb that killed 22 men, women and children at an Ariana Grande concert in the city’s Arena just over 10 days ago.

Speaking from the city centre on Friday, the chairperson of the Longford Association in Manchester, Margaret McGagh said it had been the ‘strangest of weeks’ for residents of the multicultural English city.

“There is a very weird atmosphere in the city centre, yet everyone has come together,” she said, summing up the climate in the aftermath of last week’s attack.

“On the night of the attack taxi drivers ferried people for free and since Monday night people have been bringing food down to the hospital for the people who were injured and for the staff there.

“It’s something that I have never experienced before; it’s people from all denominations and faith coming together uniting the city and its community.”

Meanwhile, Ms McGagh pointed to the support that was given from across the world to victims and their families in Manchester.

“We are a very proud city,” she added, before pointing to her own Longford and Manchester heritage - her father John Joe Martin was a native of Moyne.

“It is the sense of community that has been ignited that is so wonderful; strangers are chatting to each other on the streets of Manchester and the support is amazing.”

She went on to say that people travelled from all over the UK and Ireland to attend the Ariana Grande concert.

Ms McGagh also paid tribute to the Queen who visited the injured in hospital two days after the bomb exploded.

“The Queen’s visit to the hospital where the injured were, meant so much to the people of Manchester,” the chairperson of the Longford Association in Manchester smiled.

“I only live about three miles from the Arena; whatever possesses someone to target children is beyond my comprehension.”

Here in Longford, Ms McGagh's sister Maria Byrne said that Mancunians  living here were in shock as news emerged of the bombing at their home city’s arena.

“We were travelling to the train station late on Monday night when a message came up on my phone that something had happened at the Arena,” Ms Byrne told the Leader this week.

“We logged into SKY news; because it was our hometown, we wanted to know what was going on and we were horrified; to target young children and their mums and dads like that is something that I just cannot fathom.”

The Longford resident went on to say that as a mother to two children herself, children were the most precious of human beings and to watch the terrifying events unfold in Manchester's city centre  was just heartbreaking.

“I have friends in Manchester of all creeds and faiths,” she continued, before pointing out that she still finds it hard to believe that the events of last week actually happened.

“I suppose we are all aware that these attacks can happen, but at the same time you don’t think it will happen in your city or where you live.”

While born and reared in Manchester, Ms Byrne and her husband Simon moved to Longford 17 years ago.

The couple have two children and work locally.

“When something like this happens in your hometown, you take it personally,” she continued.

“My friends and family over there have children the same age as those that attended  the concert and it just brings it all home; you think, what’s next.”

Salman Abedi has been named as the suicide bomber who killed 22 people and injured 50 at Manchester City Arena.

“I grew up in a lovely community with people of all creeds, colours and religions.

“Over 100,000 people in Manchester attended the St Patrick’s Day parade and that will show you just how the community pulls together there.

“We will rebuild ourselves again and the city will be stronger than it has ever been.”