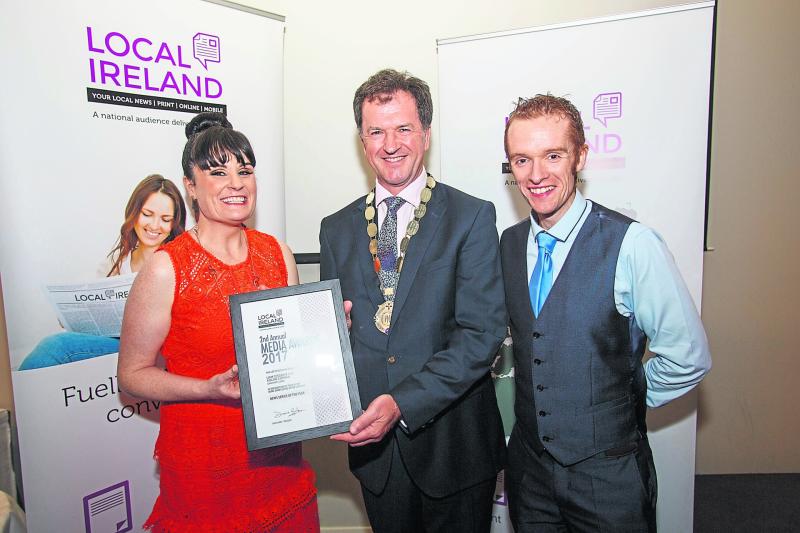 Longford Leader journalists Aisling Kiernan and Liam Cosgrove were shortlisted in the ‘News Series of the Year’ category for their coverage across the Leader print and online platforms on ‘Falling Global Oil Prices Bare Their Teeth in Longford’ and they were presented with a framed scroll in recognition of their achievement.

The winner in the category was Dan Danaher of the Clare Champion for his EPA Special Investigation.

Longford Leader is part of the Iconic Newspapers group and titles across the group enjoyed success at the awards.

The Lifetime achievement was awarded to John O’Connor, former News Editor and Deputy Editor of the Munster Express and presenter of the regional newspaper roundup on the RTE Radio 1 Drivetime Friday show.

The Local Ireland awards, open to all 44 member titles and their staff, including journalists, photographers and advertising executives, attracted hundreds of entries and were presented by Frank Mulrennan, President Local Ireland. MC was Michael Lyster, RTE Sports Broadcaster.