President Higgins to be star attraction at Longford's bicentenary celebrations 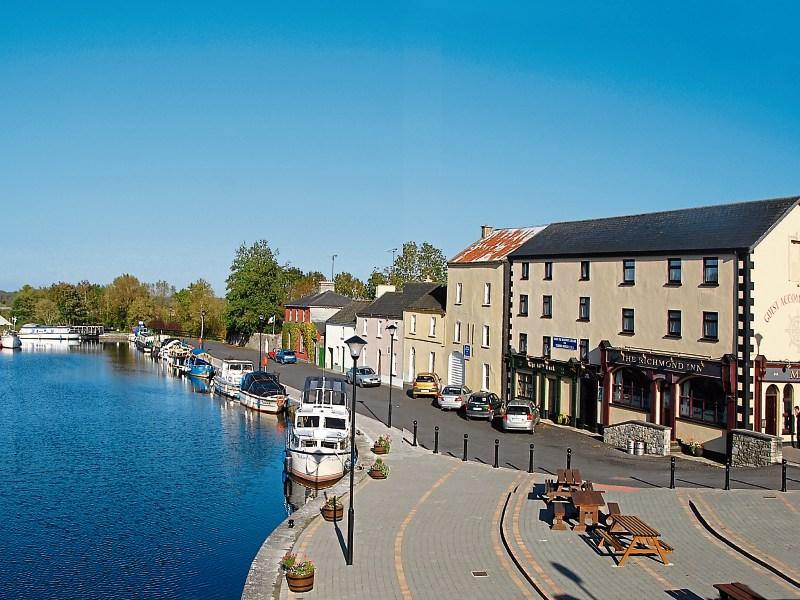 President Michael D Higgins will be in Clondra next Saturday, May 27 to unveil a plaque at Richmond Harbour commemorating the Bicentenary of the Royal Canal.

The Royal Canal was officially opened in May 1817 and to mark the Bicentenary the Royal Canal Amenity Group in association with Waterways Ireland will hold a commemorative event this Saturday which will be followed by talks, exhibitions and musical entertainment by the Garda Band.

Local historian Paddy Egan will also provide those in attendance with a glimpse into the past with his vintage display and he will also talk about the history of the locality.

Proceedings kick off at 10.30am and everyone is welcome to come along and join in the fun.

“The Royal Canal is 200 years old and we wanted to do something special to mark the occasion,” local Royal Canal Amenity Group member Des McPartland told the Leader.

“Michael D Higgins will be here on the day to unveil a plaque and he will then be brought on a trip along the canal.”

Mr McPartland went on to say that a marquee will be erected and 200 invited guests including the President will be provided with refreshments and musical entertainment from local musicians there.

“It was the national Royal Canal Amenity Group who got the ball rolling on this initially and then Waterways Ireland came on board,” continued Mr McPartland, before pointing out that those participating in the National Famine Walk would also pass through Clondra on the day.

“As part of the event a group from the Famine Museum in Strokestown, who are undertaking the 146 km walk along the Royal Canal will stop-off at Richmond Harbour on their way to Dublin,” he added.

“The famine walk is to commemorate the tens of thousands of famine victims who made their way along the canal in 1847 to board famine ships for England and America.

It takes place from Saturday May 27 to Thursday, June 1 and President Higgins is expected to greet and send off the walkers at a commemorative event in Clondra on Saturday.

“There is great excitement around the village in the lead up to this event,” continued Mr McPartland.

“We have been busy over the past few weeks tidying and cleaning up the village and getting it ready for the president and indeed for this very special occasion.

“It is an exciting time and it is wonderful for all of us here in Co Longford to be part of it.”