On Friday, June 2, Moyne Class of 1967 will meet again, to talk and reminisce 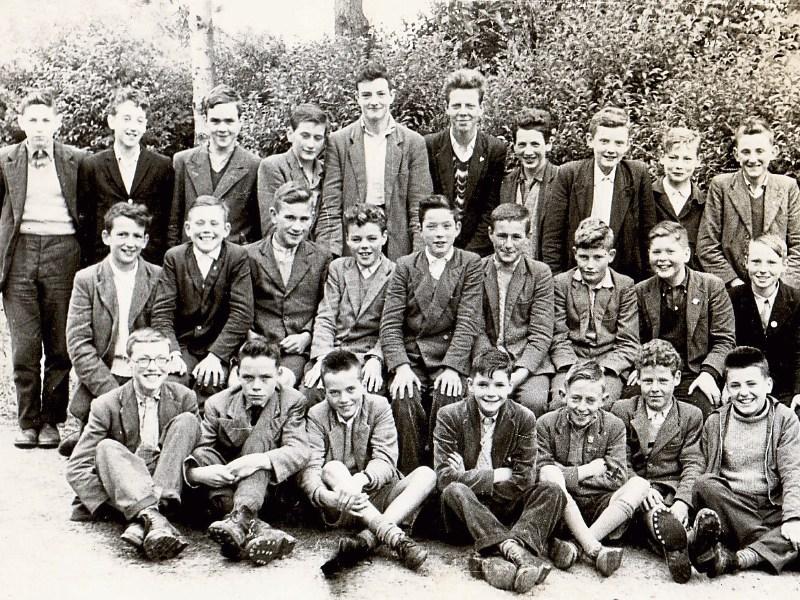 Fifty years ago, on June 16, 1967, sixteen young lads sat their Greek Exam, the final day of their Leaving Cert in the old Moyne Latin School. Then it was out the door and off on their bikes into the big bad world.

Now, fifty years later, they are all “pensioners”, having experienced the joys and sorrows of life.

On Friday, June 2, the same sixteen will meet again, to talk and reminisce about the days when they cycled long distances in good weather and bad to study Latin and Greek.

Remarkable, buíochas le Dia, all sixteen who were in the Leaving Cert class of 1967 are alive and well.

Their class was the last before the introduction of free education, school busses and third-level grants.

A new era was about to commence the following September under Donogh O’Malley’s grand scheme for Irish education. Neither did they have the pleasure (or temptation) of sitting beside girls in class, as it was boys-only until autumn 1967.

When they entered Moyne in 1962, there were forty pupils in first year, but that dwindled to sixteen over the five years.

The boys who sat the Leaving Cert in 1967 were never to enjoy a trip on a school bus, but many a pupil got a “pull” up from Ballyduffy or Fyhora or up Crott Hill behind a Ferguson 20 tractor.

It was a humble school in ways with just five teachers, five rooms and seven subjects. Latin and Greek were crucial at the time, as every class would produce some candidates for the priesthood.

Two of the 1967 Leaving Cert class became priests; Fr Pat Lennon now in Ardagh and Fr Michael Kiernan who is in Sacramento, California.

Of the sixteen in class, eight were from Leitrim, six from Longford and two from Cavan. Thus the three provinces were all represented. Twenty-five years ago, the class had a school reunion, but they haven’t met since.

The class will meet at the old Moyne Latin School, now the Community Centre, on Friday, June 2 at 3pm and anyone who may have been in the group in first year will be welcome to call. Beidh fáilte romhaibh.