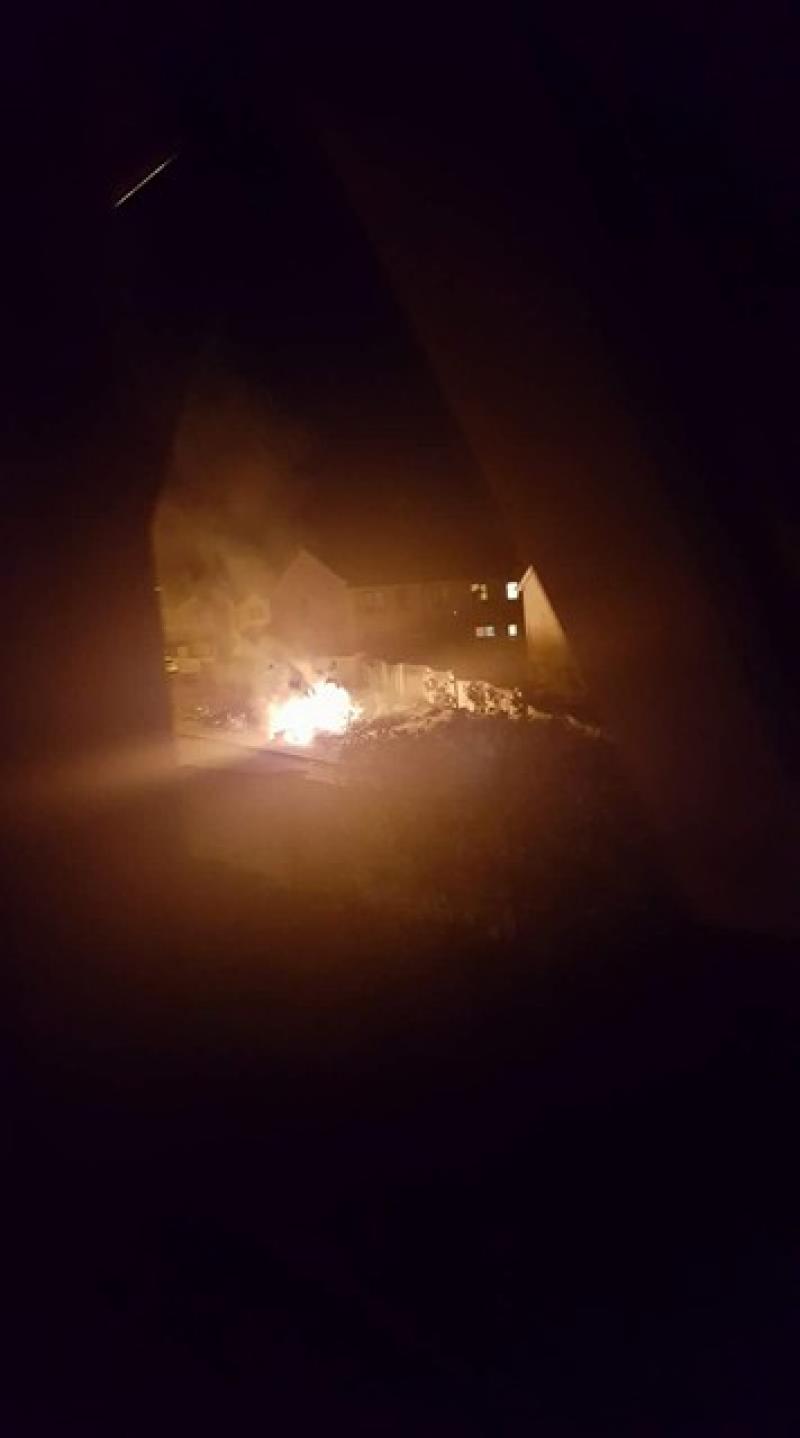 The perpetrators behind the latest spate of indiscriminate fires to hit one of Longford town's most densely populated estates have been branded "animals" by one irate local politician.

Cllr Gerry Warnock said he was apoplectic with rage after learning of how the greater Ardnacassa area had last night once again been hit by criminality.

"I’m absolutely livid to see the recent spate of illegal bonfires in the Ardnacassa area," he said.

The Independent representative said a number of local residents had informed him of how several items of refuse waste had been deposited on predominantly open green areas before being set alight.

Cllr Warnock said the latest episode of suspected arson in the area was threatening to undermine the diligent efforts of the vast majority of local residents and county council officials in cleaning up the area.

"I have had communication with some residents who informed me that the material is being dumped by an antisocial element and the fires started by kids.

"Not that long ago through Council resources and the hard work of decent civic minded residents significant inroads were made in trying to eradicate fly tipping, and this latest activity is completely unacceptable," he added.

Not stopping there, Cllr Warnock launched a strongly worded rebuke at the culprits behind last night's unsavoury incident.

"Those responsible are little better than animals and have absolutely no consideration for the respectable families they continue to plague on a daily basis with their intimidation and illegal activities.

"Not a week goes by that I’m not approached by some resident in the area adding to the list of woes."

He said an agreement to set up a dedicated multi-agency operation "to counter these gurriers" would only intensify following the events of last night.

"Providing a decent quality of life for decent people must be front, back and centre in our efforts or we are lost as a society," he warned.