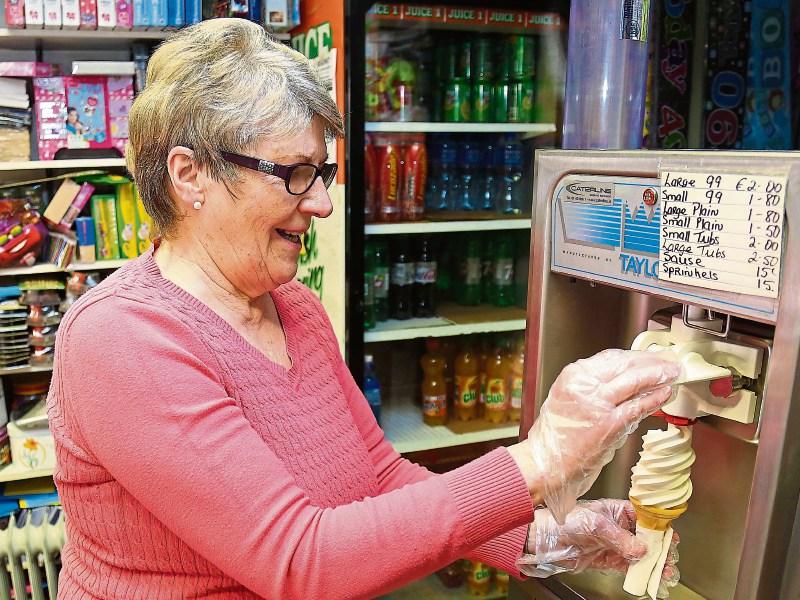 The weather may have broken, but our spirits certainly didn’t as the search for Longford’s best 99 came to an end on Friday last.

Ice cream fans from all over Longford visited our website in their thousands and voted on our poll to help us find Longford's best 99.

And, while there were several very strong contenders for the coveted title,  it was Kitty’s Cones in the Gift Shop, Granard that topped the poll, with 28% of the public's votes.

“We as a family have received amazing support over the past couple of weeks,” Kitty told the Longford Leader on Monday.

“There has been a great buzz and lots of excitement, I was delighted to see that so many people enjoy the 99s.

“I'd like to thank everyone for their votes near and far and for sharing their memories and moments via pictures and otherwise. I also would like to thank McCarrick Bros Cash and Carry in Longford  for their support.

“As for what makes the ice-cream the peoples favourite: good quality ice-cream mix, a clean machine, fresh Cones and toppings, and with 45 years in business I guess experience. Good weather brings lots of happy customers.!”

In second place was Bell's, Newtownforbes, with 21% of the vote.

While Kitty's Cone's was voted the best 99 in all of County Longford, it's safe to say each of the other shops deserves the title of 'Best 99' in their respective towns, as the eight shops featured in the poll were chosen from a long list of shops suggested by the public of Longford.

To read more on this story, see our extensive coverage on www.longfordleader.ie.