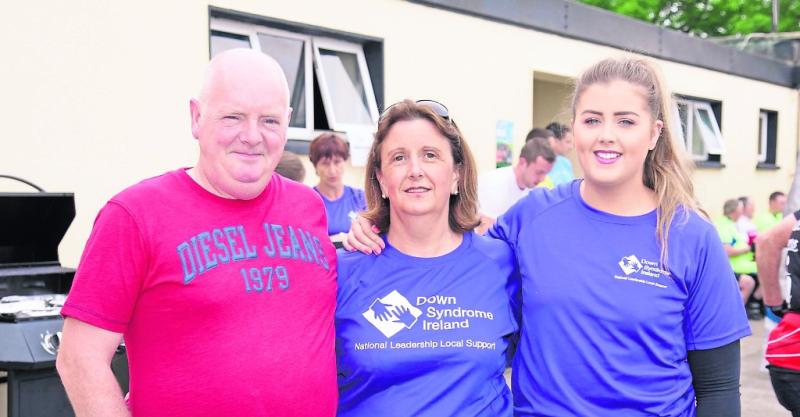 One of the region's fastest growing commemorative fundraisers is throwing its weight behind a Longford family's bid to raise vital monies for their brave seven year-old son.

Edgeworthstown's Aidan Dixon has spent much of his childhood battling with the debillitating effects of Quadraplegic Cerebal Palsy, a condition which has left the horseracing enthusiast wheelchair-bound and in need of 24-hour care.

His parents Imelda and Paddy, together with close family and friends have spent the past couple of months embroiled in a campaign to raise crucial funding towards their son's homecare needs.

Their target-€8,500 for the purchase of a ceiling track hoist-is already within reasonable reach thanks to a recently held table quiz at Longford Rugby Club.

That well attended event garnered in excess of €4,000 with an auction involving an Ulster rugby top and match tickets as well as a three piece suit expected to draw in further proceeds still ongoing.

Those efforts look set to be underpinned thanks to the recent addition of the Glenn Brady Memorial Cycle to the campaign.
As its name would suggest, the occasion is one which honours the memory of Granard teenager Glenn Brady.

The outgoing and fun-loving 18-year-old was tragically killed in a road accident at Dundevan, Kilcogy, Co Cavan in October 2010.

Given the former Cnoc Mhuire student's outgoing exuberance and penchant for all things sport related, a yearly cycle has been held over the June Bank Holiday weekend to celebrate his memory.

From an initial party of 23 cyclists to have undertaken a Longford to Croagh Patrick Cycle and subsequent mountain climb, the event last year attracted 120 entrants.

It was also the year which saw the spectacle change its route to start from the GAA grounds in Ballymore where Glenn was a popular member.

“There is an 80km, 40km and 20km this year and we are planning to have a barbecue back at Ballymore pitch as well,” said Glenn's mother Carmel.

Having grown in such numbers since its first staging seven years ago, Carmel said the cycle is one which she feels not only upholds her son's memory but also provides a key philanthropic element.

“The story behind it was that my husband and three other guys decided to climb Croagh Patrick once a month over a year after Glenn died and it went from there,” added Carmel.

“But we always said that whatever money we raised went to local charities and this year is no different in that it is going to a little boy who really needs it.”

Since it's foundation, the Glenn Brady Memorial Cycle has amassed a total fund of around €30,000.

And with the promise of more to come ahead of its 2017 equivalent on June 4 next, Carmel is quietly hopeful of ensuring Aidan's parents, Imelda and Paddy reach their €8,500 target.

“The slings that come with the hoist cost around €150 each and as Aidan gets bigger they will have to change and as he gets older he will, I'm sure, need other things too so it’s great we can help out in some way,” confided Carmel.

For more on the Glenn Brady Memorial Cycle and for registration details, simply log on to www.glennbradycycle.com.