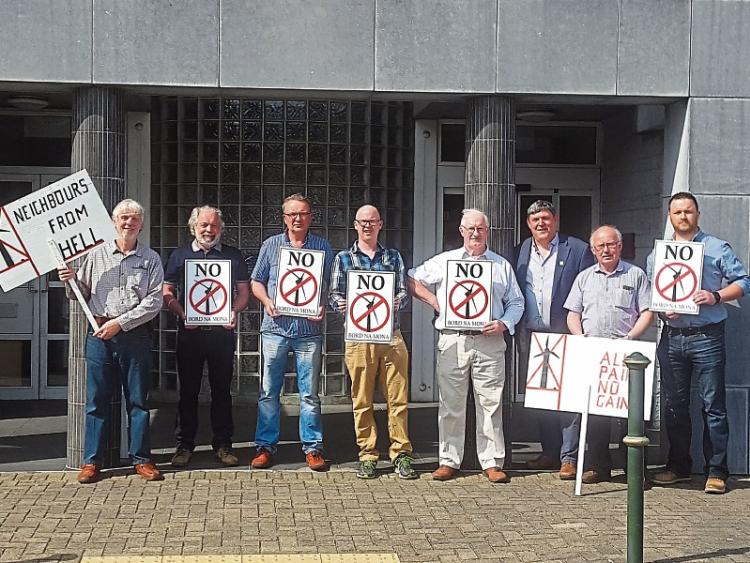 Bord Na Mona's plans to develop a wind farm in south Longford have been dealt a fresh blow  after councillors backed calls to extend the distance in which turbines can be built from residential homes.

The sole remaining member, Cathaoirleach and Cllr Mick Cahill followed through on his admission to a public meeting in Lanesboro 48 hours beforehand that he intended vacating the chair, citing a conflict of interest brought about by his 44 year association with Bord Na Mona.

“We (Longford) are just too small a county for these (trubines) no matter where they are,” he said, while revealing one of the main factors behind his decision to enter politics was because of Longford's tourism potential.

"We have an obligation to the people of south Longford; Bord Na Mona's obligation is to their bottom line, it's as simple as that," he contended.

Fine Gael group leader, Cllr Micheal Carrigy said as chairperson of Co Longford's Tourism Committee he too could not sit back and allow the development proceed.

In a further move, he sought approval for the Council to write to Bord Na Mona with a view to the company altering its zoning aspirations over south Longford's boglands into the future.