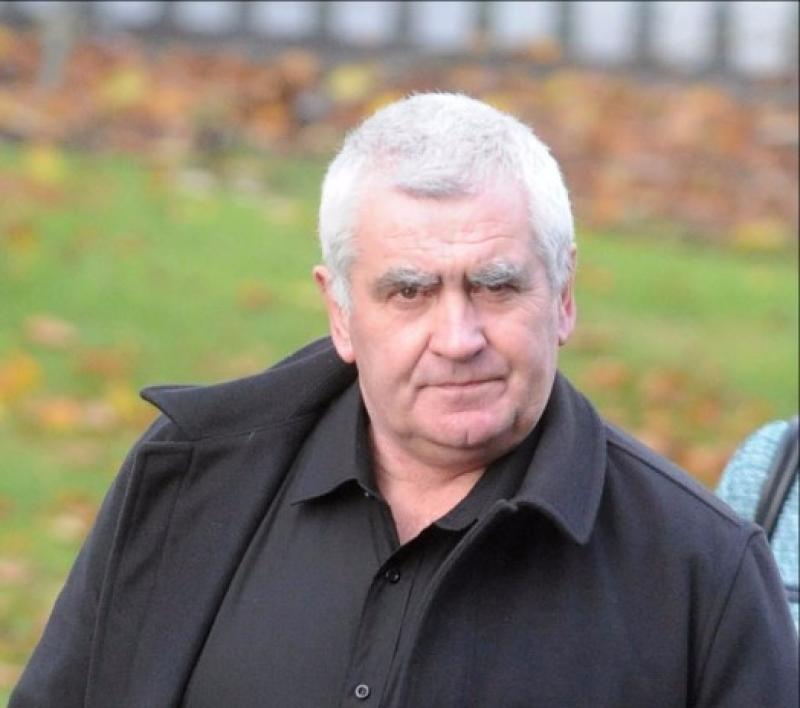 A pig farmer who told two repossession men to strip naked and get into a pen with an agitated boar has been sent to jail following an unsuccessful appeal against conviction.

Donal Connaughton (58), from Elfeet, Newtowncashel, Co Longford, was found guilty by a jury at Longford Circuit Criminal Court of two counts of false imprisonment, two counts of threatening to cause serious harm, assault causing harm and two counts criminal damage at his piggery in Co Longford on April 29, 2010. He had pleaded not guilty to the charges.

Patrick Mulvey and Justin Tighe, employees of repossession company, Assets Security had told the jury that they feared for their lives after going to JAC Pigs Ltd in Co Longford to repossess items on behalf of GE Money.

Connaughton was sentenced to 12 months imprisonment by Mr Justice Tony Hunt on November 11, 2013.

He was granted bail that same month pending an appeal against conviction which he lost today (Friday). He was accordingly sent to jail.

Giving judgment in the Court of Appeal, Mr Justice George Birmingham said Connaughton had entered into a financial arrangement with GE Money in relation to a generator and some power washers. He did not adhere to the repayment schedule and eventually owed €2,500.

On the day in question, Mr Mulvey and Mr Tighe, two repossession men, arrived in a truck with a view to taking possession of the property or securing payment.

Mr Mulvey approached Connaughton and an argument developed. Much of the incident was captured on an iPhone.

It was not really disputed, Mr Justice Birmingham said, that the two men were threatened in a very aggressive manner and told "their heads would be ripped off".

There was reference to a boar and it was suggested they'd be put in a pen with him. They were told to get on their knees and pray, which they did, and they were ordered to strip naked.

Mr Mulvey said he was punched and prodded with a screwdriver by an employee of Connaughton who pleaded guilty and got a suspended sentence.

Connaughton alleged that while matters were at trial he was approached by an individual to whom his son owed €3,500.

Connaughton claimed this man told him that "he had someone on the jury" and if the debt was cleared "he could talk to the juror". Needless to say, Connaughton did not inform his lawyers of these approaches.

According to Connaughton, he gave €1,000 to the man who approached him telling him the balance would be paid in January, which it subsequently was.

Connaughton claimed he had a phone conversation with the juror in question on January 21, 2013 and the juror is alleged to have called to Connaughton's home two days later.

The juror is alleged to have explained how he kept the alleged middle-man updated during the trial. He discussed what was happening with others including his son who warned him to be careful as he was exposing himself to a five year jail term.

This meeting was video recorded, Mr Justice Birmingham said. However, when a Garda investigation was launched it emerged that the recording had been edited, described as “cutting and pasting”.

Counsel for Connaughton, Colm Smyth SC, who was not Connaughton's counsel at trial, submitted that his client's conviction was unsafe and unsound, that a reasonable and fair-minded observer would think there was a risk at least one juror was not following the trial judge's directions and so the verdict was tainted.

Dismissing his appeal, Mr Justice Birmingham said the suggestion there was anything untoward happening came from Connaughton.

"It is a striking feature of the case that on Connaughton's own account, he was a party to whatever impropriety was occurring. In those circumstances , the court would be reluctant in the extreme to reward clear wrongdoing."

"If there were concerns that the verdict was unsafe that would be the price that would have to be paid."

However there were a number of factors present which "provide reassurance that the verdict was in fact a safe and proper one".

First of all, the incident in the piggery was audio recorded and the sentencing judge commented: "I'm not sure what Mr Connaughton expected the jury to do with that evidence, in accordance with their oath". The repossession men's account was "corroborated by the ear of" the iPhone, the sentencing judge had said, and it was "crystal clear".

Mr Justice Birmingham, who sat with Mr Justice Alan Mahon and Mr Justice John Edwards, said the fundamental question the Court of Appeal had to ask itself was whether there were any concerns in relation to the safety of the verdict.

Connaughton was then led away to serve his prison sentence.

At the sentence hearing, a statement prepared by Connaughton was read to the Circuit Court, related to the incident on his farm on the day in question.

“What else would anybody in my position do? This inflamed environment ensured that, regrettably, things went too far. I didn't always get it right. I made mistakes too. I never attempted to justify the extent of my behaviour towards these men, nor do I now; I've merely tried to explain it.

"I never deliberately set out to cause pain for my fellow man and have always been sorry for each and every occasion that I may have inadvertently done so. I do not harbour grudges. In expressing regret, I speak only for myself. Others may also, or otherwise decline but I truly wish that the incident that was visited upon me and my family in my yard never took place. I truly wish too that I had not reacted to the extent that I did, and for this I'm truly sorry.”

Having regard to Connaughton's expression of remorse, the sentencing judge said he would impose a 12 month sentence rather than the 16 months he had in mind.