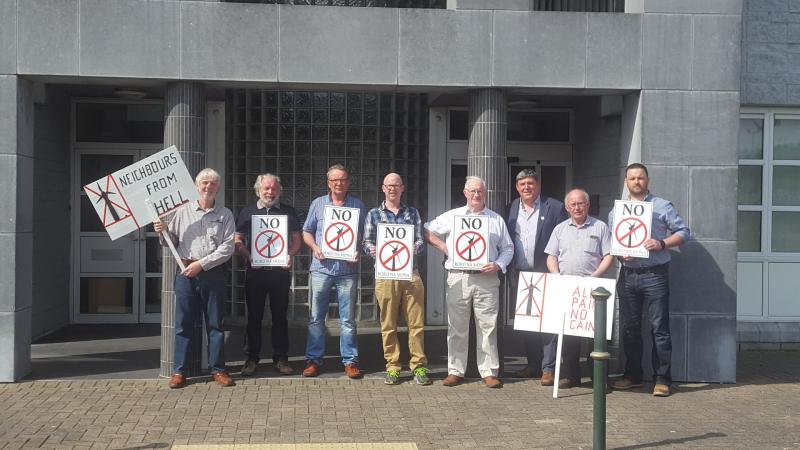 A number of peaceful protesters have gathered outside Aras An Chontae where a County Council Meeting is taking place.

The group gathered outside the building to support Cllr Mark Casey's motion to increase the setback distance to 1.6km away from residences, or ten times the height of a wind turbine.

"We're hoping that the local councillors will vote overwhelmingly in favour of Mark's motion and that the county development plan will be updated with this change," said Wesley Jordan, spokesperson for the group.

"(If the wind farm went ahead) it would be devastating for the local people that want to live in peace and quiet and also from an environmental and a visual impact - it would destroy the boglands," he added.

Local councillors will vote shortly on Cllr Mark Casey's motion, which he told the Longford Leader a few weeks ago, would be a good compromise.