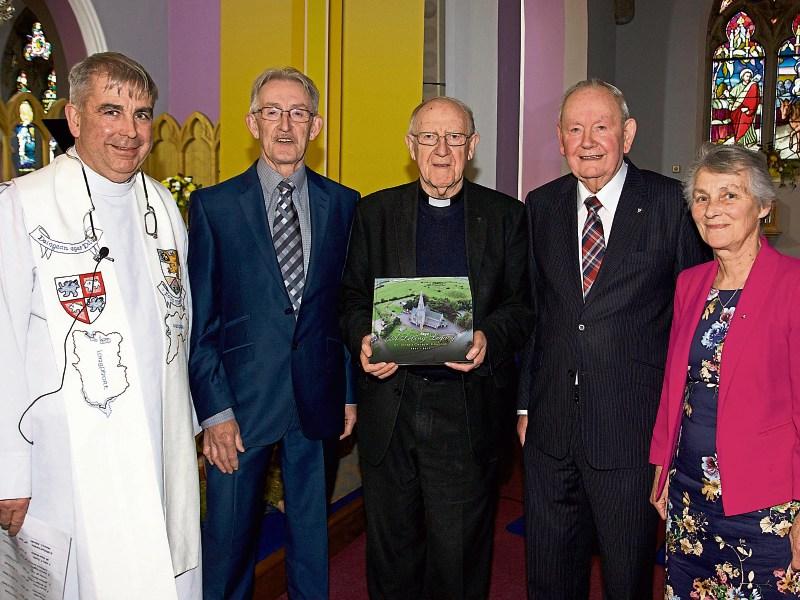 It was a joyous weekend in Granard as the local community gathered together at St Mary's Church to celebrate its 150th anniversary.

On Friday evening a prayer service was held and afterwards former Bishop of Ardagh and Clonmacnois, Dr Colm O'Reilly launched the commemorative book - A Living Legacy.

During the launch of the book on Friday night Dr O’Reilly said A Living Legacy was a book about God's people in Granard.

“It is your story and it is even my story too," he told those gathered.

“For the first nine years while I was in the priesthood, here in Granard is where I was.

“This beautifully produced book has records dating back to 1967 and is filled with the names of people from that time.

“The title of this book is a way of connecting the past, the present and the future of this community and there are splendid photographs as well.”

Dr O’Reilly then spoke about his own ancestors and their connection to the north Longford church.

“They were our ancestors of the faith and this book is about faith; it is good to link up with that history of our past - that is what  the 150th anniversary celebrations are all about.”

The former bishop then made reference to the significant role of the Sisters of Mercy in Granard over the last 150 years and he spoke, too, about the future of the Catholic Church in Ireland, and the vital role that lay people everywhere will play in that.

“The church as it is now is going to need all these lay people and their dedication to the church,” continued Dr O’Reilly.

“The parish of Granard has a very proud tradition and has wonderful people here.”

A number of couples who were married in St Mary's Church in 1967 also had their golden wedding anniversaries acknowledged on the evening.

These included former Granard town councillor and county councillor, Maura Kilbride Harkin and her husband Mickey who will be married 50 years in September.