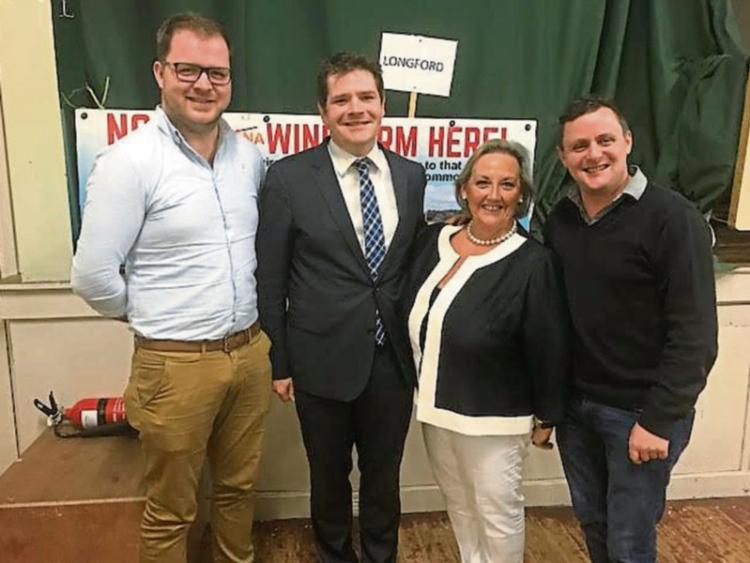 It comes following a public meeting held in Lanesboro on Monday evening to discuss plans by Bord Na Mona to erect 28 at Derryarogue, Derryadd and Lough Bannow peatlands in south Longford.

Around 70  homeowners and members from the local community attended the open forum  less than 48 hours ahead of a potentially decisive county council meeting.

Local politicians, on foot of a motion by Cllr Mark Casey, were expected to discuss calls yesterday to extend the distance in which wind turbines  can be built from homes.

At Monday night's meeting, five of south Longford's current crop of sitting councillors pledged to back the appeal.

Cllr Mick Cahill said as a serving employee with BordNa Mona for over four decades, he faced a “conflict of interest” and would be stepping outside of the chamber when the issue comes before the meeting.

A number of those said they would be in favour of a call made by Cllr Colm Murray to modify the motion to those that deal specifically with industrially concentrated  turbines.

Others, led by Cllr Peggy Nolan, attempted to turn the tables on three of Longford-Westmeath's four TDs who were present by saying it was imperative locals had their support.

Independent TD Kevin Boxer Moran responded, claiming he and his colleagues in the Indepenendent Alliance were keen to see new planning guidelines for the development of wind farms as soon as possible.

Fine Gael's Peter Burke rowed in behind his government opposite number and said it was time the present coalition “got its act together” in finalising the proposals.

Robert Troy (FF) said he first raised the issue in the Dail in April 2013.

In responding to a question from the floor, the Ballynacargy postmaster said it was critical new guidelines came before the Dail as a matter of urgency given that current legislation on wind energy dated back to 2006.