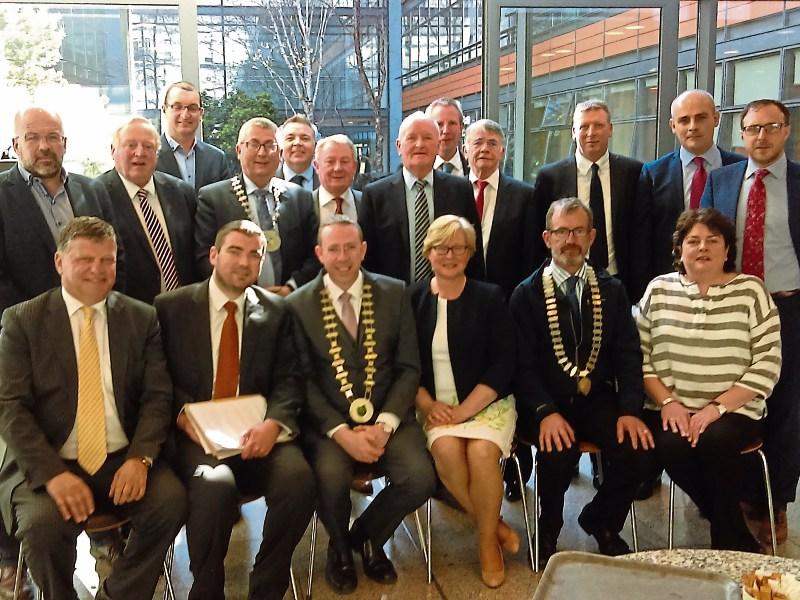 Proposals for a new motorway from Mullingar to the Leitrim border have received a major boost this week after a government committee accepted recommendations put forward by nine chambers of commerce including Longford.

A group titled the N4/N5 Joint Affiliated Chambers comprising the nine Chambers of Commerce and Industry from the Midlands, West and North-West of Ireland met on Wednesday with the Oireachtas Joint Committee for Transport Tourism and Sport.

“We are a group that have come together to lobby for investment in the N4/N5,” Cllr Seamus Butler - who attended the meeting - told the Leader, before pointing out that the aim of the meeting was to highlight the necessity to include the N4/N5 motorway upgrade project in the mid-term Capital Programme review currently being undertaken by the Government.

“This route has been left out of that capital programme; it serves 650,000 people which represents 14% of the national population.

“It is also one of the last radial routes in the country that has not been upgraded to the capital.”

Meanwhile, the Joint Affiliated Chambers group believes that with the proper infrastructural investment, Longford and other towns across the entire North/West region stand to gain substantially from any subsequent economic investment.

“This is a route that was already prioritised in 2008/09,” Cllr Butler continued.

“The N4 single carriageway is operating at 120% capacity at the moment and this route alone, serves 500,000 people.

A fully operational motorway from Mullingar through Longford and into the very heart of the North/West Region would turn the lives of all those people around because companies from all over the world would start investing financially, the local area representative in Longford town added.

“The proposals we put forward are now going to be brought to cabinet and I am very confident that this project will come to fruition,” continued Cllr Butler.

“The next stage now is design and Compulsory Purchase Order (CPO) preparation with a view to commencing construction in 2021 and a completion date of 2023.

“In order for this to happen the project must be included in the Capital Investment Programme  and what occurred at the meeting was unprecedented to say the least because the committee proposed and seconded our proposals.

“We are now very confident that this project will be included in that capital programme and when that happens, Longford will enter a whole new dimension.”