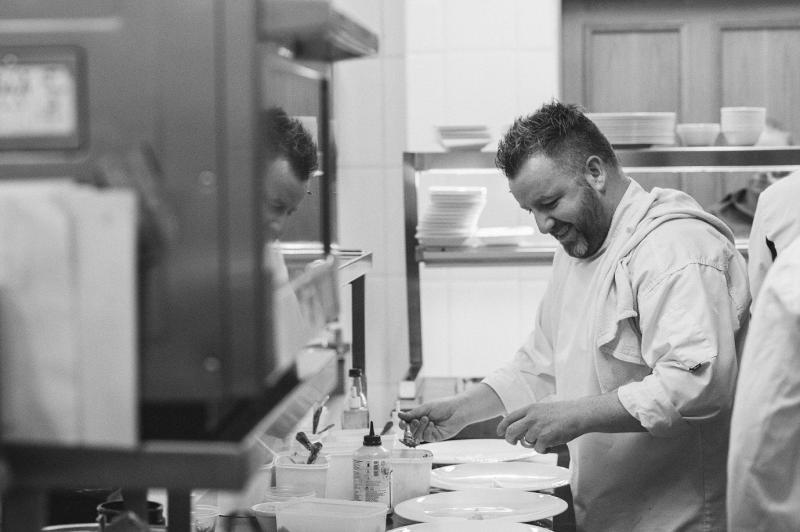 Longford chef Gary O'Hanlon of the VM Restaurant in Viewmount House has been announced as the Best Chef in Leinster.

The announcement was made at the Restaurant Association of Ireland's All-Ireland Irish Restaurant Awards, which took place in the Clayton Hotel, Burlington Road, Dublin last night and named the top restaurants in Ireland for 2017.

Over 900 restaurateurs and staff attended the sold out, black tie event, which celebrated the hard work and achievements within the industry over the last 12 months.

Guests were treated to a lavish six course gala dinner prepared by a team of five chefs. The Awards Chef Team is hand-picked by the Restaurants Association each year and is made up of winning chefs from the previous year’s awards with each Chef representing a region of Ireland.

Gary himself was the chef for the soup course, following previous success at the Irish Restaurant Awards.

Speaking at the awards, Chief Executive of the Restaurants Association of Ireland Adrian Cummins commented: “This is the ninth and most successful year of the Irish Restaurant Awards to date.

"These Awards are the accolades of the Irish restaurant industry – everybody wants to win one. From over 70,000 online nominations cast earlier this year to 2,500 guests attending our regional events, it is clear that the stature, calibre and reputation of the awards is expanding at a considerable rate and it is all in aid of recognising the talent within our sector.

"All winners and finalists here tonight are very deserving of their awards.”

Gary O Hanlon has been Head Chef of Viewmount House, Co. Longford since 2008. Winner of the Georgina Campbell ‘Best Restaurant in Ireland’ 2014, Food & Wine Magazine ‘Best Chef Leinster 2016’ and ‘Country House of the Year 2017’, Gary has been ever present on our TV screens since 2008 with appearances on MasterChef Ireland, Four Live, The Today Show, Late Lunch Live, The Seven O Clock Show and is resident Chef on TV3’s ‘The Restaurant’.

Gary is also a columnist with The Irish Times, has a food show on Shannonside Northern Sound and is a regular contributor on Today FM.