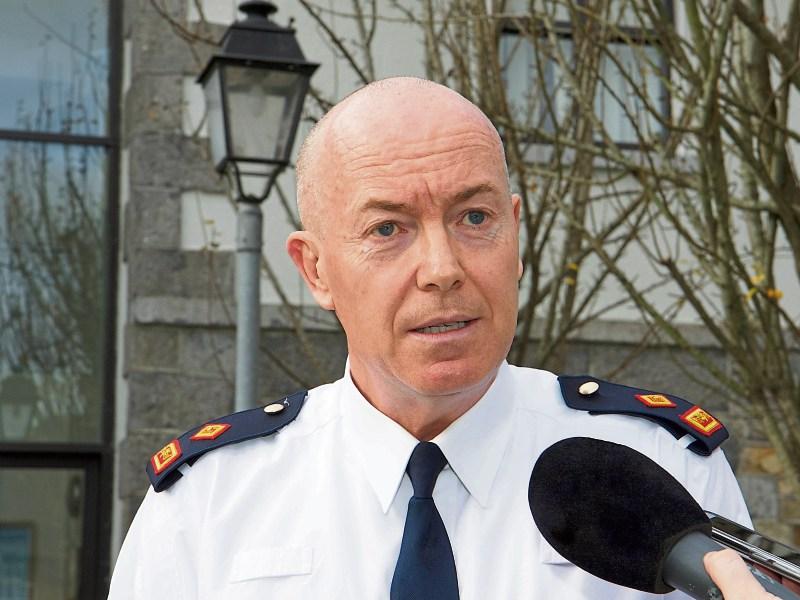 A senior garda chief has commented following claims made by District Court Judge Seamus Hughes that Longford is “swamped” with drugs by highlighting the benefits of   ongoing “multi agency” work to tackle the controversy.

Supt Jim Delaney was commenting in the wake of  remarks made by Judge Hughes following the deaths of two young women from suspected drug overdoses.

In both cases, the two victims had been before the courts in recent weeks in relation to a series of theft and shoplifting charges.

Despite gardai awaiting the outcome of toxicology reports, the Leader understands heroin is being blamed as the primary cause in the sudden and expected deaths of both women.

Taking aim at those responsible for fuelling Longford’s drugs trade, Judge Hughes said the issue was one which had got increasingly worse in recent times.

“This area is swamped with drugs and it has become so acceptable that we have become tolerant of it,” he stormed.

That sparked a bullish response from Longford Garda Superintendent Jim Delaney after the article was carried on the front page of last week’s Longford Leader.

He said while he noted the judge's take on Longford's present challenges tackling the wider narcotics industry, the attitude of the Gardaí remained steadfast.

“We (gardaí) recognise we are the primary agency tasked with enforcing legislation in relation to combating the distribution of controlled drugs and we have been doing just that,” he said.

Evidence of the Gardai fulfilling their role in the enforcement of the legislation to combat drugs distribution, he said, was perhaps best illustrated through  officers conducting regular street stop and search operations of vehicles and persons suspected of involvement in drug dealing.

“In addition there have been a significant amount of intelligence led search operations conducted on premises linked with drug dealing resulting in seizures of various controlled drugs,” he said.

Despite  significant successes in the past, Supt Delaney stated that the focus had not gone away and that the Gardai will continue to “step up” to their responsibility with regard to enforcement.

However enforcement, he said,  was only one area with which to combat drug abuse and drugs misuse , suggesting  the most effective way  to curb illegal drugs activity was through an all inclusive riposte.

“We recognise the need for a multi-agency approach in combating and stopping the distribution of controlled drugs,” he said.

Two of those to get particular mention were the  Midland Regional and Alcohol Drugs Taskforce and the Local Community Alcohol and Drugs Services, bodies the Gardaí already enjoy close links with.

He said it was too early to speculate as to whether heroin was the main instigator behind the sudden deaths of two women locally.

Instead, he endorsed Judge Hughes' pledge to come down hard on anyone convicted of drug dealing while also appealing to the wider public to also play their part.

“I note the Judge's comments and welcome them in relation to the enforcement element and that they wereborne out of concern from a number of recent sudden deaths,” he said as he offered his sympathies on behalf of gardai to those families in the Longford area who have lost loved ones to suspected drug abuse.

“What I would say is anyone who may have knowledge of a person or persons suspected to be involved in the distribution of controlled drugs in the greater Longford area and District I would urge them to come forward with their information as they will be treated with the strictest of confidence.”

Among the many ways members of the public could do this, Supt Delaney contended, was via their local garda station, the Garda Confidential Line 1800 666 111 or Crimestoppers 1800 25 00 25.