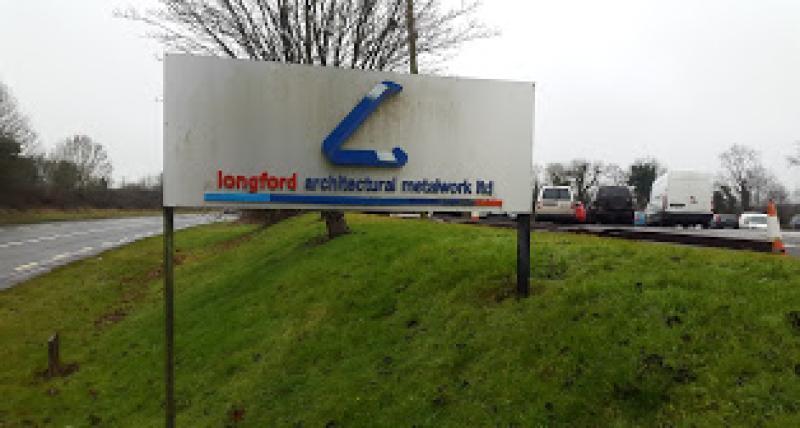 Workers were called to a meeting just after 10am where they were told by managing director,  Tony Nerney that production at the facility would stop immediately.

Speaking to the Leader, Longford town area representative, Cllr Gerry Warnock (Ind) said the 24 jobs lost at the company served as “another blow” to the town.

“I want to firstly extend my sympathies to people who lost their jobs and to their families,” said Cllr Warnock, before pointing out that the town was still reeling from the closure of the Cameron plant earlier this year.

“All of this just goes to show how fragile the rural economy is at the moment.

“There is an impetus now on central government to deliver jobs to rural Ireland; 24 jobs gone in Longford is a huge hit.”

As the years passed, the company developed, it expanded to become a major employer in and around Longford town.

In more recent times, it provided furnishing metalwork solutions to a range of establishments from historic buildings to luxurious hotels.

“Any time that 24 wage packets are taken out of a small rural area, the impact is devastating,” Cllr Warnock continued.

“The Government must deliver sustainable jobs for rural Ireland - this just simply needs to happen.”

In 2013, Longford Architectural redefined its mission and goals, and  updated its brand to become known simply as Longfords.

The company is expected to issue a statement later today.