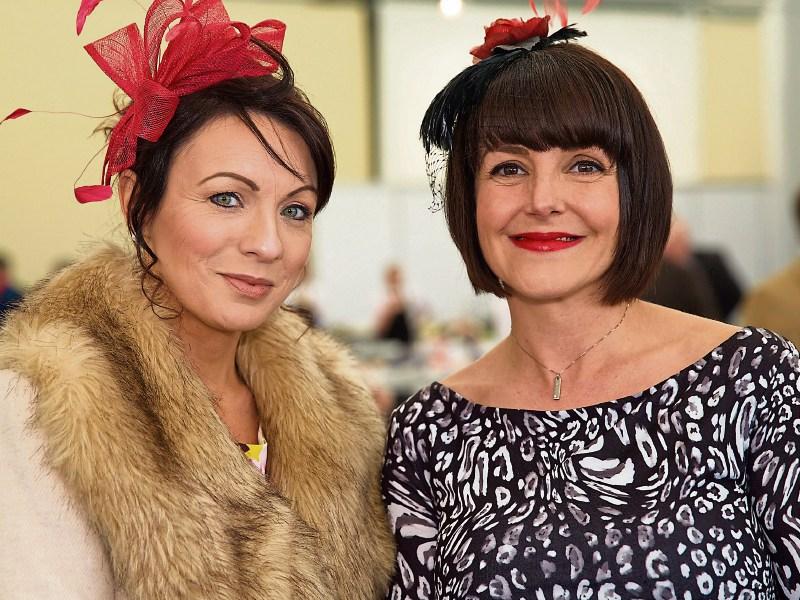 Longford GAA has just got on with doing, not talking.

For several years now, the Annual Race Day has continued to grow, and grow, and sustain.

On Wednesday last we had a marvellous turnout once again. A full house with most of the old faces, and some new, appearing.

What a day of conversation, anecdotes, football talk, Longford seniors being talked up - or down - depending on who you were talking to.

A cacophony of opinion and absolute certainty!

Everything that is good about being Irish, and from Longford.

I saw many well known faces milling around and enjoying the good food.

John Bannon as always to the fore though not necessarily in sight, making sure everything was ship shape. Martin Skelly also was keeping a watchful eye, and performing his task as master of ceremonies for the day.

Seamus Ross, Frank Kiernan, Mickey Keogh, Billy Glennon were all around, and I enjoyed particularly meeting Frank and Billy, both men of great sense and purpose.

It is the sort of gathering where you need to wander around a bit to meet people. A great day for Longford GAA, and this, it's fifteenth year shows what can be done by committed people, who get on with things without the distraction of petty things.

At this stage it's pulled in nearly €1.5 million for the county's running costs, and many in the committee are relieved that something is finally being done to Glennon Brothers Pearse Park, to cater for people attending matches. And for getting some fixtures too.

Everyone on the committee must be embarrassed by the constant ongoing questions - or worse still, none at all - about refurbishing the park. So a sense and air of relief permeates the committee.

Gerry Quinn, a long and loyal supporter of Longford football, and indeed of Longford society was there in the company of Liam Caldwell, and Liam Connerton.

One of the first I met who was already at table was John Keegan of Mullinalaghta who was there with several others. Still rightly elated about the success of the club in the preceding year.

County Secretary Peter O’Reilly was inside the front door welcoming attendants, and it's great to see such genuine application of courtesy being afforded on this, Longford's biggest fundraising day.

Joe Flaherty was there too, very urbane, with Fintan McGill looking splendid after his wedding recently.

Paul Barden looked his usual dapper self, and fresh. I spotted Martin Mulleady and others including Denis Connerton, Seamus Flynn, Albert Cooney, and Albert Fallon who was - rightly - welcomed by anyone in the circle. It was terrific to see Albert out and about.

Michael Kelly another loyal supporter was among the attendance, and, because I specifically asked him, he told me of his son Michael’s wonderful success in the world of horse racing.

Tim Stanley looking forlorn and missing his unremitting control of Ulster Bank affairs (that's a joke, by the way!), looked leisurely in casuals as he gazed around. Probably still watching out for a good customer!

Great to see Oliver Barden looking better than ever, fifteen years supporting the Longford cause.

I talked with Peter Kelly, a constant presence at Longford occasions.

It takes genuine interest, to attend the Longford function, year after year, and it's a great tribute to clubs around the county who support the enterprise every year, without fail.

Most of all it's a great tribute to all involved in running it, and making sure its success continues to astound.