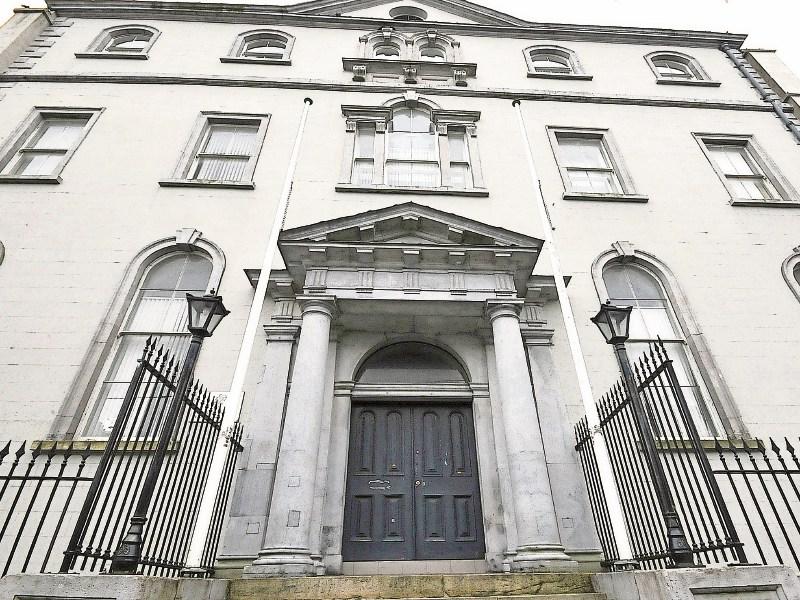 A man who assaulted his uncle leaving him with facial injuries has been ordered to hand over €1,000 in compensation to his victim.

When the case was called last Tuesday, Mr Hussey was called into the witness box to give direct evidence as to what unfolded on the night.

Mr Hussey said it was about 1:45am when he and his wife left the Longford Arms Hotel after an evening out and had decided to walk up the town to buy some chips.

After noticing a large crowd assembled at Luigi’s on the town’s Main Street, he said a decision was taken to continue walking towards a taxi rank located outside retail store Heatons.

“I didn’t pass any remarks but then I heard the shout ‘Hussey, I am going to slice you.”

Mr Hussey said he recalled asking his wife to phone the Gardaí but his recollection of events after that remained somewhat blurry.

“The next thing I can remember is lying there and the ambulance crew being there,” he said, adding he was not brought to hospital.

“I was unconscious for a while . I was brought back to my own house and on Monday morning I went to the doctor.”

Mr Hussey said he also attended Midoc, a GP out of hours service the following Saturday where he was given a gel and strong painkilling tablets.

Judge Hughes, who was handed a copy of the case’s file, took time to look over photographic images of Mr Hussey’s injuries, wounds he described as being “very dramatic to say the least.”

In his direct questioning of Mr Hussey, Judge Hughes asked Mr Hussey how he was coping since the incident.

“I don’t come into the town,” he replied.

“You would be more or less afraid. It’s just dangerous now.

“I was on sleeping tablets but the doctor doesn’t want me to stay on them incase I get addicted.

“I am back to myself but it has taken a while.”

Taking to his feet, defence solicitor Frank Gearty said he intended making an allegation against Mr Hussey in relation to what was said towards his client on the morning of the alleged assault.

“You are the uncle of this man and are aware of his family background,” said Mr Gearty, a claim Mr Hussey rejected.

“You knew enough to say to him before the assault happened did you find your father yet?”

Mr Hussey replied for a second time: “No sir.”

“That couldn’t be right because you knew that was about as inflammatory a thing as could be could have said to him,” said added Mr Gearty.

It was at that point Mr Hussey confirmed he was indeed Mr O’Shaughnessy’s uncle, stressing however his contact with his nephew ended soon after he was born.

“And you know the man supporting him (Mr O’Shaughnessy) here today is not his father,” Mr Gearty said towards Mr Hussey.

“I don’t know him,” came the forthright reply.

Judge Hughes attempted to put some clarity on affairs by asking Mr Hussey if he knew Mr O’Shaughnessy’s father.

Mr Hussey said he could not confirm to the court the man’s identity.

Mr Gearty continued by claiming it was not the first time Mr Hussey had resorted to using “poisoned words” and had in fact been warned by the courts “about his tongue” previously.

A man who appeared to be there to support Mr O’Shaughnessy stepped forward from the public gallery and attempted to back up that view.

He said Mr Hussey had been told by Judge Hughes’ predecessor Judge John Neilan to steer clear of the court’s attention.

“He is a troublemaker around town and is known to the guards as well,” said the man.

That claim was one Judge Hughes quickly rebuffed as he told the man in no uncertain terms, saying: “I am sure they (gardaí) know you too.”

In taking issue with an earlier claim by Mr Hussey that a knuckle duster was used in the attack, Mr Gearty said it was an allegation which had no foundation.

“Well, it looks like something was drawn across his face,” said the Judge, as he once again pointed to the photos taken of Mr Hussey following the incident.

Inspector Bláithín Moran read out transcripts taken from an independent witness who claimed they saw at least half a dozen punches being delivered to Mr Hussey’s torso area before the assailant promptly left the scene.

In his summation, Judge Hughes said he was not dismissing the notion that something may have been said which provoked Mr O’Shaughnessy.

However, he said the actions by the accused on the morning of the assault were unwarranted.

“If there was something said about your parentage there are other ways to deal with it,” he told Mr O’Shaughnessy.

Mr Gearty said he would asking the court for a period of time in which to allow his client gather €1,000 to offer by way of compensation.

In asking Mr Hussey to return to the witness stand for a second time, Judge Hughes said he was inclined to accept Mr Gearty’s overtures.

“My job is not to measure civil damages,” he said, stating compensation was also not a measurement of the injuries sustained by Mr Hussey.

“I have been offered €1,000 and I am prepared to accept that offer as an offer of goodwill and a gesture provided it is paid immediately.”

Judge Hughes consequently adjourned proceedings until May 23 for €1,000 in compensation to be tendered to the court.

He indicated at that stage the most likely sanction he would impose on Mr O’Shaughnessy would be a three month jail sentence, suspending the term for three years.