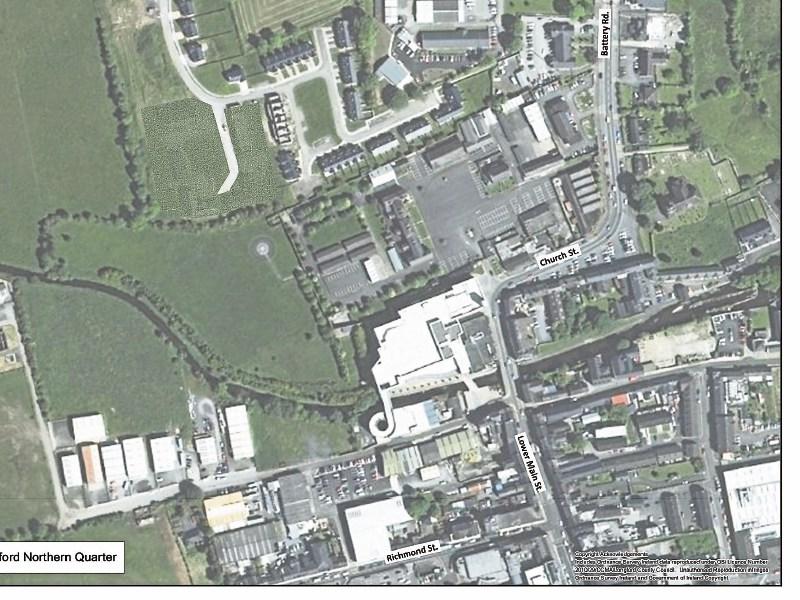 Longford County Council is attempting to sell off its portion of Connolly Barracks despite not formally owning it, a Leader investigation has found.

Land registry documentation secured by this newspaper revealed that the Government remain the sole title holders of the site.

The revelation comes more than five years after the Council, together with Longford Town Council shook hands on a joint €450,000 deal to acquire the property.

It also comes hot on the heels of recent admissions that both the barracks and vacant Longford Shopping Centre were to be put up for sale.

Both properties have been actively flagged as the county town's so-called 'Northern Quarter' and the epicentre for Longford's much heralded regeneration drive.

Last month, under the auspices of the Freedom of Information Act, the Leader revealed those efforts cost taxpayers more than €42,000 to bring to pass.

However, in documentation obtained by the Leader, land registry papers connected to the site confirm Minister for Public Expenditure Paschal Donohoe as the “full owner” and not Longford County Council.

In  response to a question put to it by the Leader, the Council confirmed efforts to transfer ownership of the property from the Government to the local authority had only begun in February.

The Council, however, stopped short of  offering any explanation  as to why the process was only commencing now.

“The deed of transfer of Connolly Barracks has been executed on behalf of the Minister for Public Expenditure on  February 7 2017,” read a statement.

As such, the local auhority's  conceded the folio number pertaining to Connolly Barracks had yet to be updated by the Property Registration Authority of Ireland (PRAI).

“This can typically take 6-9 months depending on backlog in the PRAI,” added the statement.