Table Quiz in Longford to help Aidan Dixon's family to raise €8,500 for a Ceiling Tracking Hoist 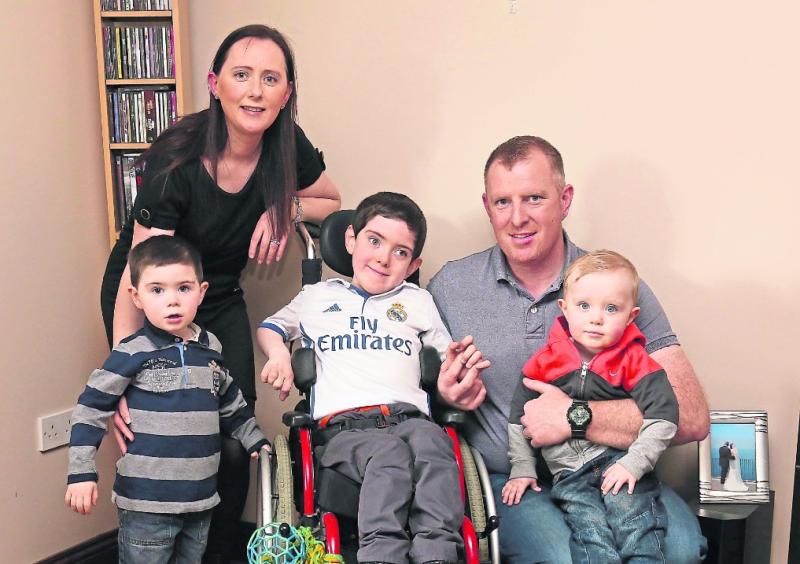 There are things that many of us take for granted every day - getting out of bed, having a conversation or taking a shower, for example. For Aidan Dixon, these things aren’t so easily done.

Aidan is seven years old and has Quadriplegic Cerebral Palsy - a condition that has left him wheelchair-bound, non-verbal and in need of 24-hour care.

And yet, Aidan is attending the mainstream St Mary’s National School in Edgeworthstown - not a special needs school - and has no problems keeping up with his schoolwork.

“I’ve had two parent-teacher meetings this year and he is keeping up with the class,” said Imelda Dixon, Aidan’s mother, who adds that Aidan is in the Senior Infants class and is doing very well.

“Communication is a problem for him, so we’ve had a lot of trips to Dublin to get him assessed for eye gaze technology.

“Basically, the Department of Education is being asked to fund a special camera for him and a computer for the school, so hopefully he’ll start to use that and that will build up for him to maybe start communicating in the future.”

Naturally, not being able to communicate in the same way as everyone else can be extremely frustrating for Aidan: “If you give him a choice of things, he will use his hands, but he cannot touch it specifically. 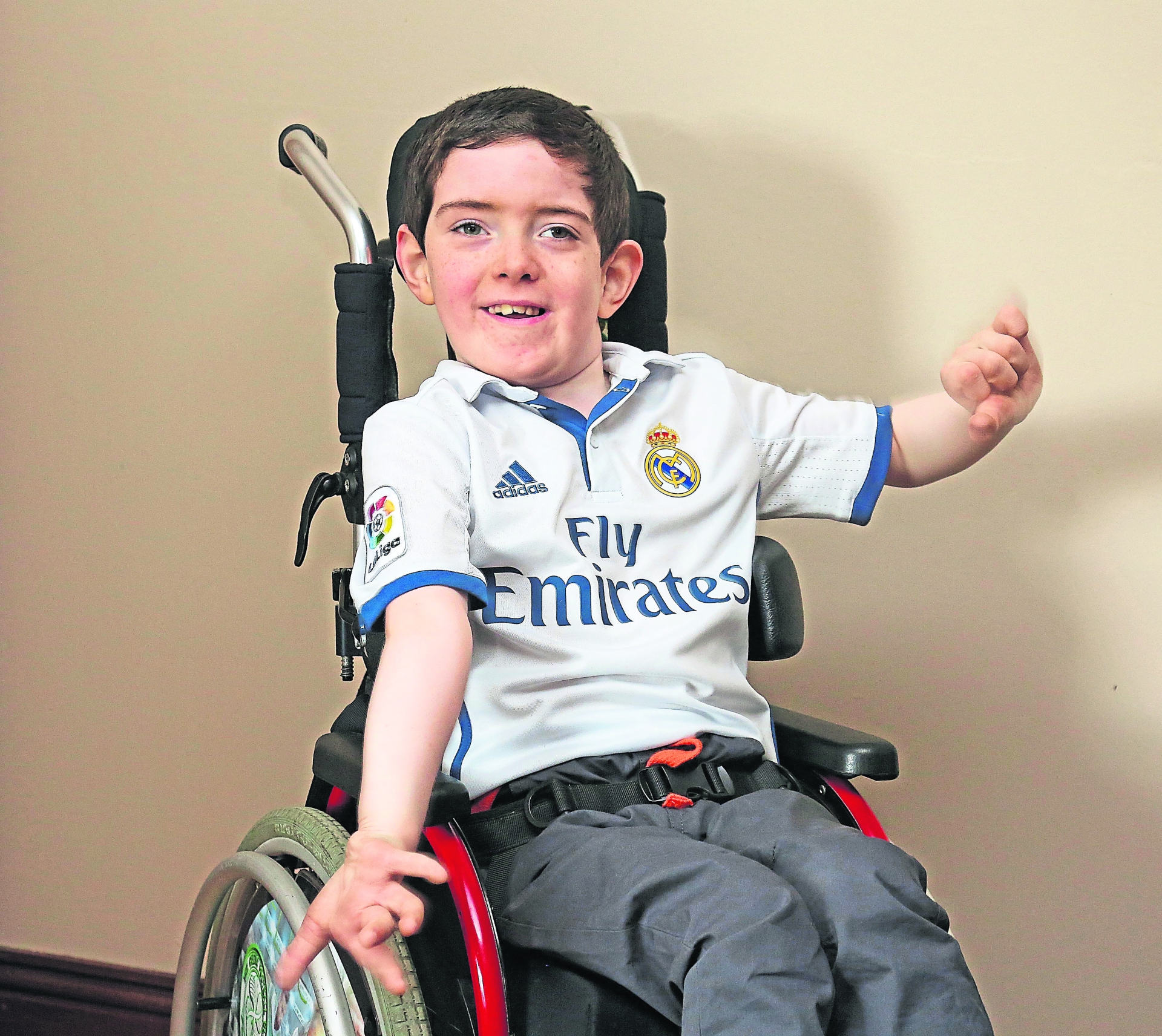 “He swipes across, but he’s not accurate exactly in what he wants to tell you, because his muscle tone won’t allow him to do it. It’s not that he doesn’t know it. His body won’t let him. So he gets quite frustrated.”

This frustration is difficult not only on Aidan, but on his family. Imelda says it is sometimes difficult for her, and Aidan’s dad Paddy, to know what he needs when he gets frustrated, but he’s generally in good form.

“The things that we take for granted every day, he cannot do. But he still has a smile on his face at the end of the day,” Imelda explained.

“He’s very happy. He loves going off to school and he really enjoys it. And he loves being outdoors in general. If you bring him outside, he’s the happiest child.”

As well as going outdoors and enjoying the fresh air, Aidan is an avid horseracing fan and loves watching the horses on television. And Aidan is just like every other boy in terms of interests and hobbies.

He’s a big fan of ‘Blaze and the Monster Machines’ on television and has a large collection of ‘Tractor Ted’ DVDs: “He loves going into his own room and watching DVDs - his own little time,” said Imelda.

Of course, it’s not all horse racing and monster trucks for Aidan and his family. As he grows, it will get harder and harder to carry Aidan around the house and so, the Dixons are trying to raise enough money for a Ceiling Tracking Hoist, which will make their life easier.

“It’s called a H system, so you can bring him anywhere in the room on this hoist. It’s one that will move everywhere on the ceiling, so you can bring Aidan from one position in the bedroom, to the bathroom, into the shower,” said Imelda.

“At the moment, with no hoist, we’re lifting him out of the bath. We have a special seat in the bath. Due to Aidan’s fluctuating muscle tone and lack of head control he cannot lie in a bath .

“It’s not too bad lifting him onto it, but to get him out of the bath afterwards, you’re lifting him from a low height. So the hoist would just be brilliant for us, because it would make life a lot easier - for him and for us - it would be easier on our backs.”

One of these hoists will cost about €8,500, not including the slings: “I believe the slings are about €120 each,” Imelda explained.

To help raise funds to cover these costs, a table quiz will be held in the Longford Rugby Club on Friday April 21, with a raffle and some great prizes to go with it.

“My colleagues have gone around a lot of the businesses in Longford and a lot of them have donated prizes for the raffle,” said Imelda, adding that the whole family is thrilled with the level of support that Aidan is receiving.

“The Glenn Brady Memorial Cycle is taking place on June 4 and they’re actually going to do it for Aidan this year as well,” she added.

Aidan, his parents, and his two little brothers, three-year-old Oisín and two-year-old Tadhg sincerely appreciate any support or donations shown towards their cause.

The table quiz for Aidan will take place on Friday April 21 at 8pm in the Longford Rugby Club. A table of four will cost €40 and it promises to be a great night out. For further information please contact 086 8352943.

If you would like to support Aidan, you can donate at: https://www.gofundme.com/hoist-appeal.