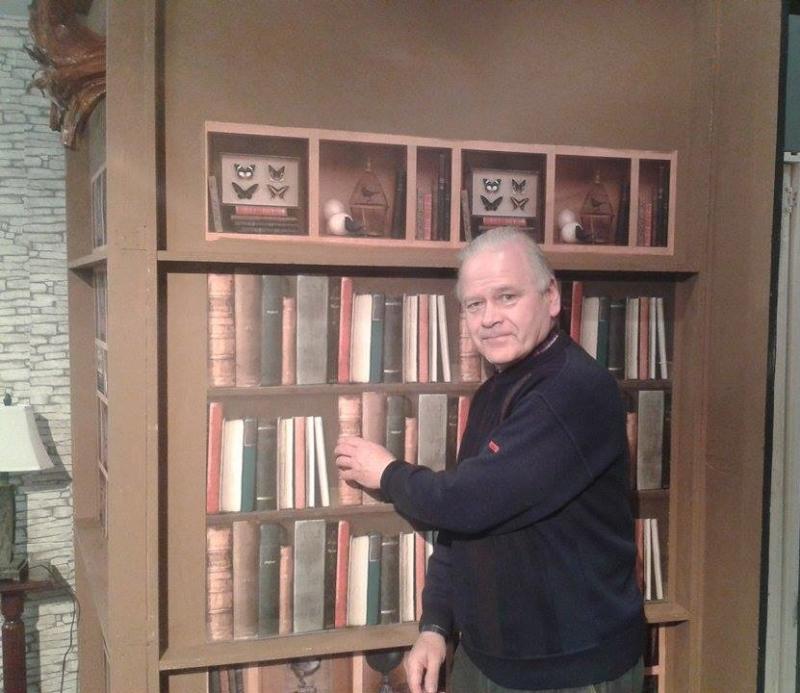 Having a play performed in the United States serves as a form of validation for many Irish playwrights, and Jimmy Keary is delighted to have his play picked up by a Chicago-based group.

Jimmy Keary is from Rathowen and has just finished his 20th play, entitled ‘Mammy’s Boy’. But it’s ‘For Better, For Worse’ what has caught the attention of the Gaelic Park Players in Chicago.

“Gabriel Foley is now married to Chrissie. Gabriel’s acid-tongued mother Aggie is living with them. It is three months into the marriage and there are problems in and out of the bedroom.

“Aggie comments that her bones creak more than Gabriel and Chrissie’s bed does. Chrissie also feels she is being ignored and treated as a general dogsbody. Then Gabriel invites his mad aunt Lucy to stay and the scene is set for fireworks.”

The play will be performed by the Gaelic Park Players in Chicago for three weekends. It will also be staged in Rochester, New York on May 11 as part of the Acting Irish International Theatre Festival.

“This is the fourth of my plays which the Gaelic Park Players in Chicago have staged. It is a wonderful, almost surreal feeling to think that my play has made it from my home in Corrydonlon all the way across the Atlantic to Chicago,” said Jimmy.

“I live in the country and I suppose my plans are inspired by the people I meet, the people around me. I try to create characters with which the audience can identify and say that they know someone like that. I like to have one foot in reality and let the other foot wander a bit.

“In the first Gabriel Foley play, Gabriel is looking after his elderly mother - a situation with which I could identify, as I cared for my own mother for many years. She is now in a nursing home in Mullingar. However, she is much more benign than the Aggie character.”

Born in 1958 and an only child, Jimmy grew up without computers and electronic entertainment and found he had a vivid imagination and an ability to create characters from an early age.

“When I was 12, I began writing stories featuring a fictional detective called Greg Stewart, filling 75 copybooks during the following six and a half years,” he said.

Jimmy began acting in the late 1970s when he was in university and joined the Rathowen Amateur Dramatic Society in 1980, when he began writing sketches for their annual variety concerts.

In 1985, Jimmy contributed to the weekly RTE television series ‘Davis at Large’ and a number of his sketches and one-liners were used in the programme.

“Since last Christmas alone, 24 drama groups (north and south of the border) have performed my plays.”

With a reaction like that, it’s no wonder Jimmy’s plays are so popular in Chicago today. ‘For Better, For Worse’ will be performed in Chicago this weekend, and the following two weekends.

For more information on the Gaelic Park Players, visit www.gaelicparkplayers.org, or to read more about Jimmy and his work, see www.jimmykeary.ie.