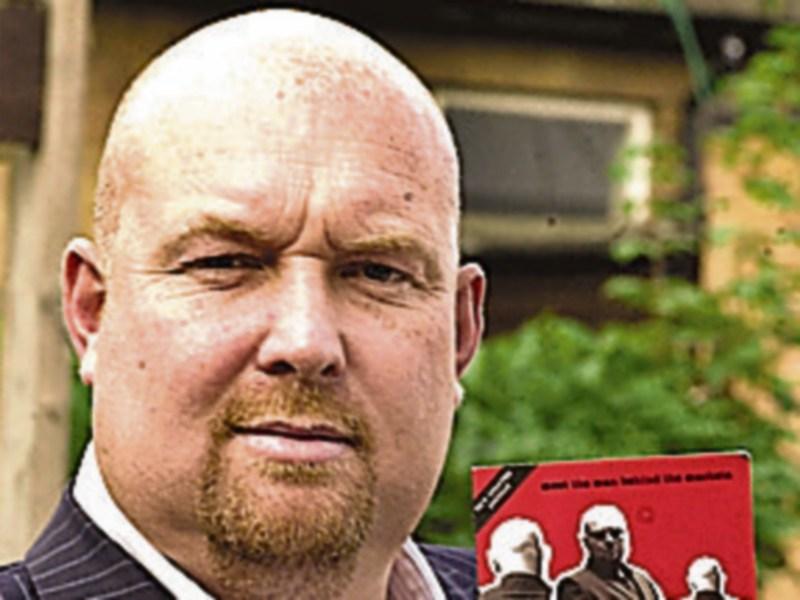 John Pridmore, the former London gangster will be sharing his amazing story in Newtowncashel Church next Monday,  April 24 at 8pm as part of a Parish Mission.

The Parish Mission is running from Monday to Friday, April 24 - 28 at 8pm each evening and everyone is welcome.

John has recently returned from Washington and Canada after speaking at international conferences and speaking to thousands of young people in schools and prisons.

Fifty two year old Pridmore served two prison sentences himself in his teens and went on to become a feared enforcer in the London underworld.

The money he made from his life of crime bought him the classic gangster lifestyle of fast cars, designer suits and a string of beautiful women.

He underwent a dramatic life-changing experience after nearly killing a man outside a central London nightclub.

Since he has travelled internationally personally speaking to over 2.5 million people warning kids about the dangers of the gun and drug culture.

At six foot five with a shaved head Pridmore looks more the hard man than motivational speaker but he leaves a deep impact on the young people he meets.

On the back of his bestselling biography ‘From Gangland to Promised Land’, John Pridmore has released his latest book entitled ‘Journey to Freedom’.

In it he delves into the theme of inner awareness and healing and speaks of his work with young teenagers and ex gang members into becoming important members of society.

Recently John travelled to LA to meet Paul Kelmenson a Hollywood producer who was responsible for the Blockbuster 'Ronin' and for ‘American History X, he wants to bring Pridmore’s story of hope to the big screen.

Last year alone he spoke in 16 countries including a two-month long tour in Australia and a visit to Liberia where he reached out to former children soldiers that had taken part in the bloody civil war that left thousands scarred by the violence and divided the country for over a decade.