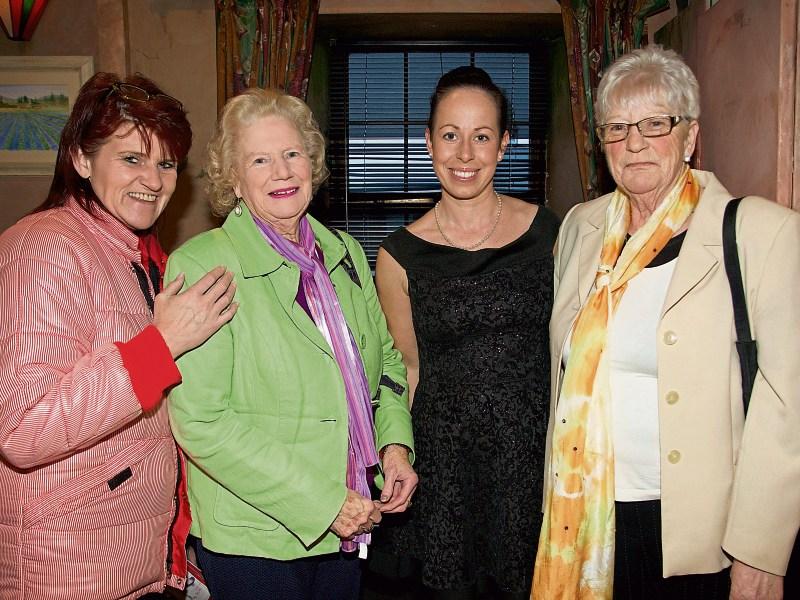 The late Pat Cook was remembered by many on Monday April 10 last when her family held an art exhibition in her honour.

Hosted in the Market Bar by her daughter-in-law, Lisa Cook, and Teresa Kiernan, the exhibition featured many of Pat Cook’s paintings of local scenes in the county.

“We got on really well. I had never organised anything like that before.

“There were still people turning up at 10.30. We sold about half the paintings - there were about 90 of them,” Lisa told the Longford Leader after the exhibition.

And it’s not too late for anyone who still wants to get their hands on a painting by the popular Clondra lady.

“We’re going to leave the rest of the paintings upstairs this week and then we’ll put them up in the bar and sell them,” said Lisa.

Pat Cook was one of the founding members of the Longford County Choir and was involved in a lot of groups like knitting and the camera club.

And the family is so thankful to anyone who came along and supported the exhibition last week.

“It was a really great event. A lot of her friends showed up, and her grandchildren,” said Lisa.

Anyone who would like to view or purchase the remaining artwork can do so at the Market Bar, Longford.