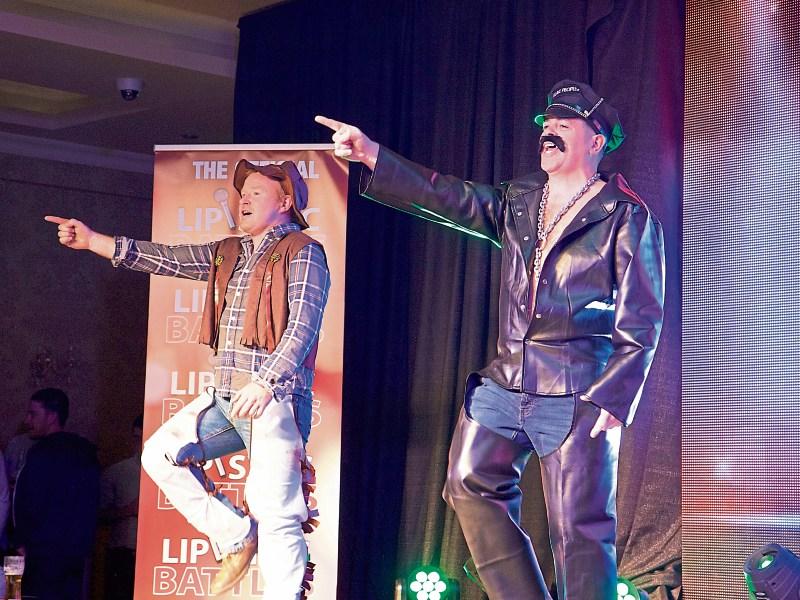 The winner of the Mullinalaghta/Ballymachugh GAA Lip Sync Battles at the Hotel Kilmore on Sunday night last was the north Longford side’s McElligot brothers, aka The Spice Girls,  all of whom, is has to be said,  put on a fantastic performance that won’t be forgotten for a long time to come!

The Cavan hotel was full to capacity with the Longford and Cavan clubs providing a fantastic night’s entertainment.

John Keegan, chairman of the Mullinalaghta club told the Leader that following on from winning the Leader Cup and the Sean Connolly Cup for the first time in 66 years the side embarked on a fundraising campaign to provide a stand and an electronic scoreboard at the homeground ‘The Laurels’ in Derrycasson.

“This was a major undertaking for our half parish and so we approached our friends and neighbours in Ballymachugh GFC to collaborate with us in a joint venture,” Mr Keegan continued.

“The enthusiasm shown for the idea by both clubs meant people worked tirelessly to bring the event to fruition.”

Mr Keegan subsequently thanked the committee members from both clubs for their hard work and dedication during this entire process; sponsors Ganlys; Buddy Kiernan's Pub  and all the other businesses who sponsored the commemorative booklet.

Mr Keegan went on then to congratulate the winners on the night and thanked the Hotel Kilmore and the judges for the night, Fr Simon Cadam, Julie Anne Sheridan and Laz McCabe.

“This event could not have happened were it not for our choreographer; the participants training regime was rigorous and demanding, and under the direction of Lesley Goggles our choreographer from 'Dance with Lesley'  we were all provided with a wonderfully entertaining evening”, Mr Keegan concluded.