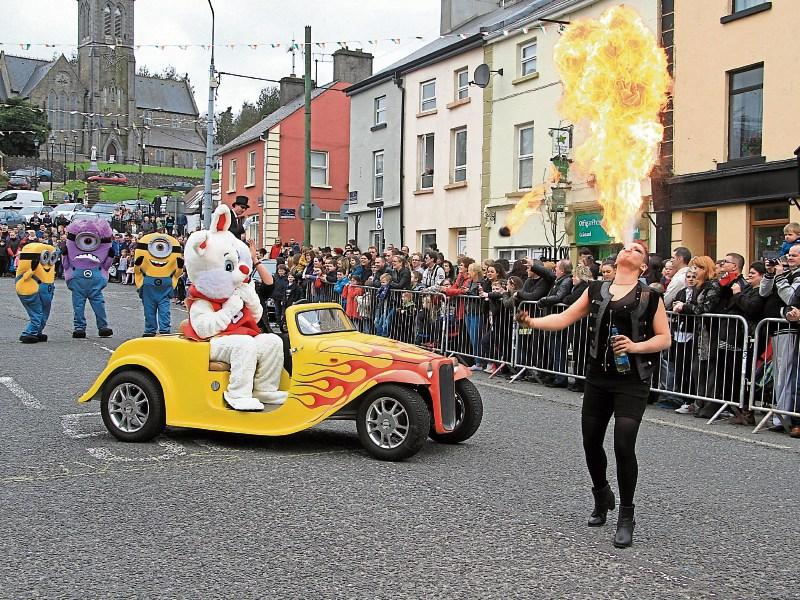 All roads will lead to Granard this Easter Bank Holiday weekend as the town’s Easter Festival kicks off with gusto.

The festival begins on Thursday, April 13 next  with a spectacular ‘Comedy Night’ in association with Abbeylara Drama Society.

‘Gone to Timbuktu’ and ‘Trump Card’ will take to the stage at Granard Community Centre at 9:30pm and it promises to be a very entertaining night.

On Saturday morning at 11am, there will be a History Event in the GMCE Centre, opposite Kearney’s Filling Station.

Talks on Clonfin by Barney Sexton and the Granard Harp Festival Jimmy Donohoe will be hosted.

Harpists will be on hand and local artist, Eilish Creamer will exhibit a number of her beautiful paintings of Granard and the surrounding areas.

Later, at 3pm the annual 5K Run/Jog/Walk will test the stamina of all participants!

The gruelling 5K will start at Kiernan Milling and finish at Daly’s Corner, Moxham St.

Registration will take place at 2pm at Kiernan Milling and refreshments will be served in Fay’s Bar afterwards.

At  9:30pm, ‘Granard’s Grand National’ will take place on main street where teams of five people will attempt to ride the Rodeo Bull.

Local businesses and organisations in the area are invited to enter a team of five people.

On Easter Sunday from 2pm there will be lots of entertainment for children and adults from Corvenieos Entertainment.

Robots of the Future will be coming to Granard including appearances by Nano the robot & Cyber Cop alongside Skyhawk, Bluejay, Sheriff Snoop & Lucy Law!

The Easter Parade kicks off at 2:30pm and local businessman, TP Smith - a stalwart in the local community, will be Grand Marshal.

TP will be driven by Eamonn Creamer  in Kitty Kiernan’s car which he lovingly restored last year.

There will also be an additional Best Orange ‘Cycle Against Suicide’ Window Display in support of the Cycle which passes through Granard later this month.

Music on the day by 4Degrees West.