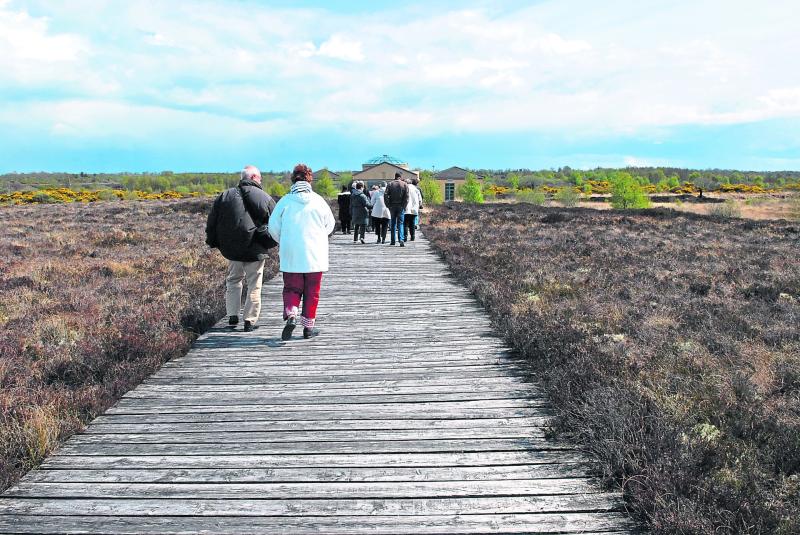 One of south Longford's most popular tourism amenities has been given a €130,000 investment boost.

“The visitor centre interprets the significance of an Iron Age bog road dated to the year 148 BC, which crosses the bog lands close to the River Shannon and is a very important part of Longford’s history,” he said.

Based in Kenagh, the centre has become somewhat of a tourist haven for visitors interested in learning more about the early days of Irish Christianity.

In 1984 a major pre historic trackway of large oak planks was discovered in a raised bog.

Inside the interpretive centre, an eighteen-metre stretch of the preserved trackway is on permanent display in a hall specially designed to preserve the ancient wooden structure.

“This Iron Age track way at Corlea is bigger and heavier than any other prehistoric road in Europe and has momentous historic value,” he said.

Cllr Casey said Deputy Moran's expected assumption to the position of OPW Minister of State, the Government office which oversees management of the site, was pivotal to the announcement.

“Since Deputy Moran got elected I have lobbied him for additional funding for this project and again he has delivered for Longford,” said Cllr Casey.

“This is a significant investment in the area which will tie in with the opening of the canal walkway which Deputy Moran has previously secured €250,000 funding for.”