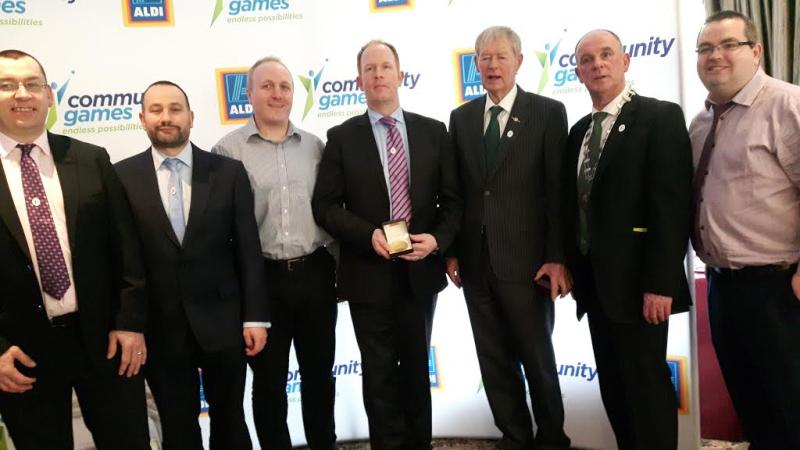 A Longford man struck gold at the Community Games Jubilee celebrations recently when he was awarded a major honour for his many years of service to the organisation.

During the awards presentation, Gerard Davenport, President of Aldi Community Games spoke about the contribution that volunteers continue to make to the voluntary led establishment.

"It is the dedication and hard work of volunteers, which has brought Aldi Community Games to this 50-year milestone," he said.

"The role of the volunteer is paramount to the success of the organisation. We are deeply indebted to those people who have kept the Games alive by giving their time generously.

"With over 20,000 volunteers supporting us in the organisation of events each year, I acknowledge our volunteers as the foundation of Community Games and I extend an invitation to new members to come and join as Adult or Youth volunteers"

Each nominee received €100 euros worth of Aldi vouchers and a personalised gold medallion.

As for the man at the centre of the adulation, Pat reserved a special mention to those on the committee and for those who nominated him.

"We had a wonderful day in the Shamrock Lodge and my gold medal sits proudly in our home," he said.