A broadband plan 'with teeth'

Will poor quality broadband soon become a thing of the past in Longford? 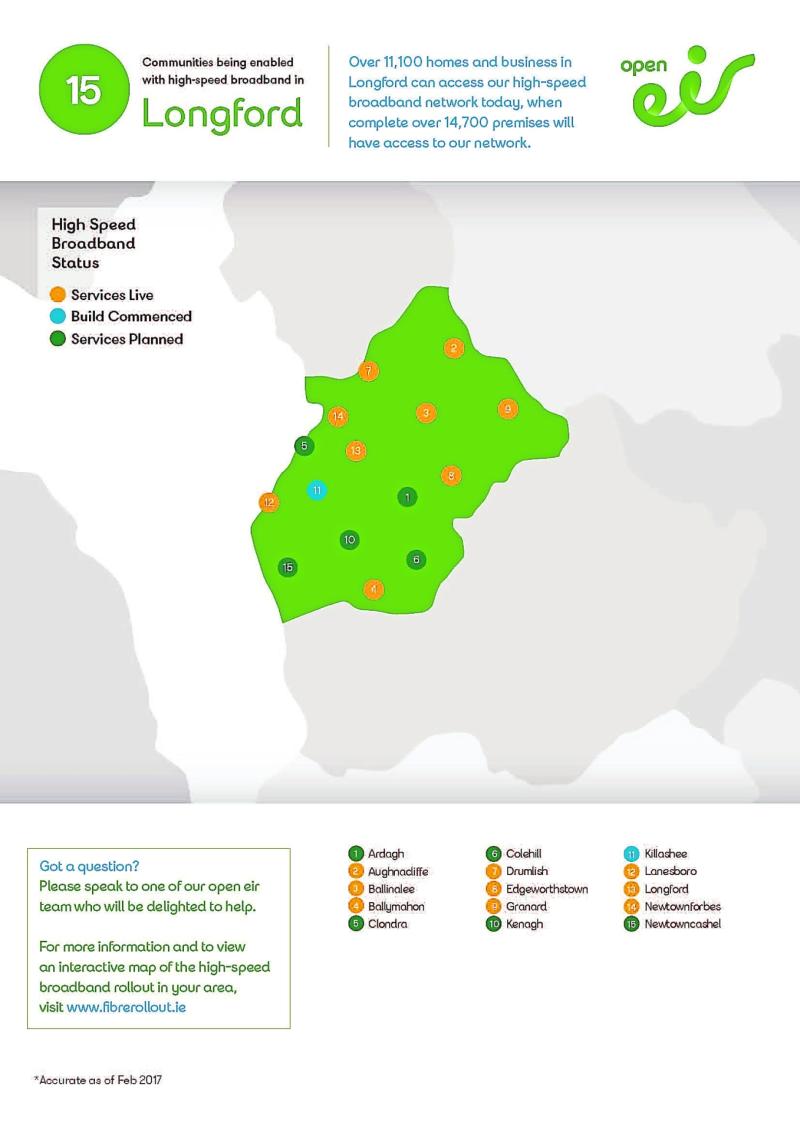 Broadband has long been a contentious issue for many Longford homeowners and businesses but hopefully that is all about to change over the next 90 weeks.

Minister for Communications, Denis Naughten TD, last week announced the start of an ambitious broadband programme that will see an additional 4,469 homes and businesses gain access to high speed broadband across County Longford by the end of 2018.

Minister Naughten says the agreement he signed with Eir that has paved the way to ensure that an additional 300,000 premises across Ireland can access high speed broadband within 90 weeks is 'a good day for rural Ireland'.

Cllr Paul Ross (FG) has welcomed these latest developments with regards to broadband.

Late last year, his Legan base was identified as the most poorly serviced broadband centre in the country.

This new scheme, says Cllr Ross, will put an end to the problems faced by homeowners and businesses alike in the locality.
“Large parts of Legan and Abbeyshrule have no broadband at all,” he added.

“So, by the end of this year, I do believe this new scheme will happen and these areas will have broadband.”

He said Eir had been contracted by the Government to ensure that broadband services were made available to everyone and he believed in Minister Naughton's effort to rectify matters in rural Ireland.

“If Eir does not get this right, they are going to be hit with penalties; the exchange at Colehill is being upgraded and this will benefit the estates in Legan village and in Abbeyshrule,” Cllr Ross continued.

“With this scheme you have to have 20 houses within a linear mile to get broadband, so the national broadband scheme will step in where this new scheme can’t.”

“This is a plan that seems to have teeth,” concluded Cllr Ross.