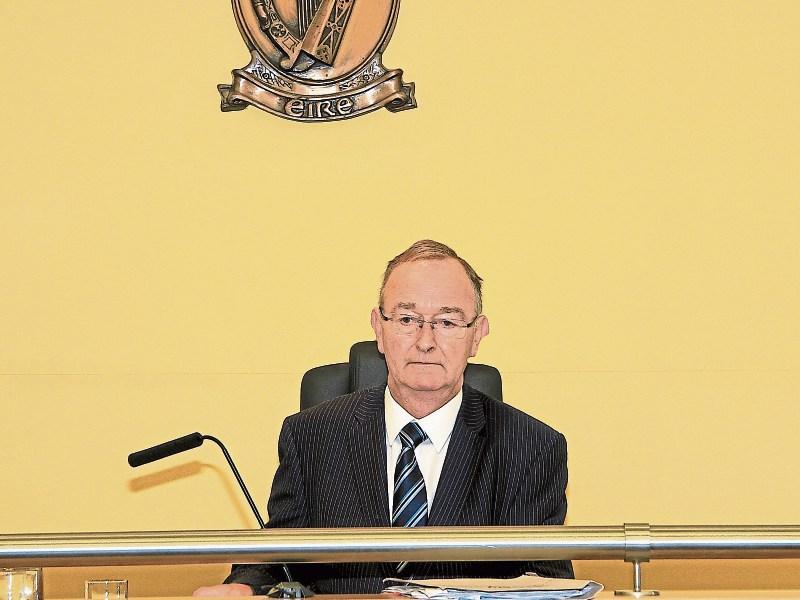 A woman who appeared before Longford District Court last week charged under the Criminal Damage Act was sentenced to six months in prison following a hearing into the matter.

Outlining the evidence to the court, Sergeant Patrick McGirl said that on the date in question, gardaí at Granard Garda Station received a call to attend a house at Moatefarrell.

“The complainant,” he added, “indicated that damage had been caused to the front door of the defendant’s home which is owned by her parents John and Mary Robertson.”

The Sergeant went on to say that two gardaí attended the scene and the parents told them that the defendant had damaged their front door.

“When gardaí arrived, Ms Robertson attempted to flee the scene, but she was apprehended.

“She kicked out at the arresting officer, Garda Shanley, and when the Garda was attempting to place cuffs on the defendant she attempted to bite the Garda.”

The court went on to hear that at that point one of the cuffs had been secured on the defendant and teeth marks were evident on the Garda’s hand.

“The defendant then pulled back her hand and the loose hand cuff hit her in the face,” Sergeant McGirl continued.

“Her mouth became bloodied and she began to spit in Garda Shanley’s face.”

The court heard that Ms Robertson continued to be aggressive and abusive and endeavoured to resist arrest.

“The arrest was a struggle for the Gardaí,” added the Sergeant, before pointing out that the defendant had 22 previous convictions including four for theft; two for robbery; eight for assault and six for failing to appear in court.

In mitigation, the defendant’s barrister said that the genesis of the incident was the damage caused to the front door of the house.

“Some of the matters outlined would be disputed by Ms Robertson but we will not go into that because she is pleading guilty today,” he added.

“It was an unfortunate incident; Ms Robertson had been released from prison on the previous Monday to this incident which happened on the Friday.

“She had returned to her parents home and on this particular day she returned home with alcohol on her and her parents were aggrieved over this.”

The court went on to hear that the defendant’s mother was taking care of her small daughter and that, on the date in question, the grandparents had taken umbrage over the fact that Ms Robertson could return home with alcohol on board under those circumstances.

“Her mother then called the guards,” the Barrister continued.

“Ms Robertson kicked out at the door in frustration and the Gardaí subsequently arrived at a scene that was already fraught and difficult.

“Matters just escalated and Rachel behaved in a way that she herself accepts was totally unacceptable.

“When she did calm down, she did apologise to the Gardaí.”

During his deliberations on the matter, Judge Hughes said that Ms Robertson had stood before him and for the first time “behaved herself” in his court.

“For the first time ever, she has respect for this court,” he said, before pointing out that the defendant was “volatile” and not a nice person to be around when she decided to take the law into her own hands.

“Will she explode when this court hands down its ruling?,” queried the Judge.

Addressing Judge Hughes, the defendant’s barrister said his client was a young lady whose temperament was improving.

“She has been in custody on foot of this matter since January 17 and has a substance misuse problem,” he added.

“She is addressing this matter in prison and is on a methadone programme.”

Judge Hughes then handed down the six month prison sentence but backdated its commencement to the date the defendant first entered custody.

“Rachel is a volatile sort of character,” he added, before concluding matters.