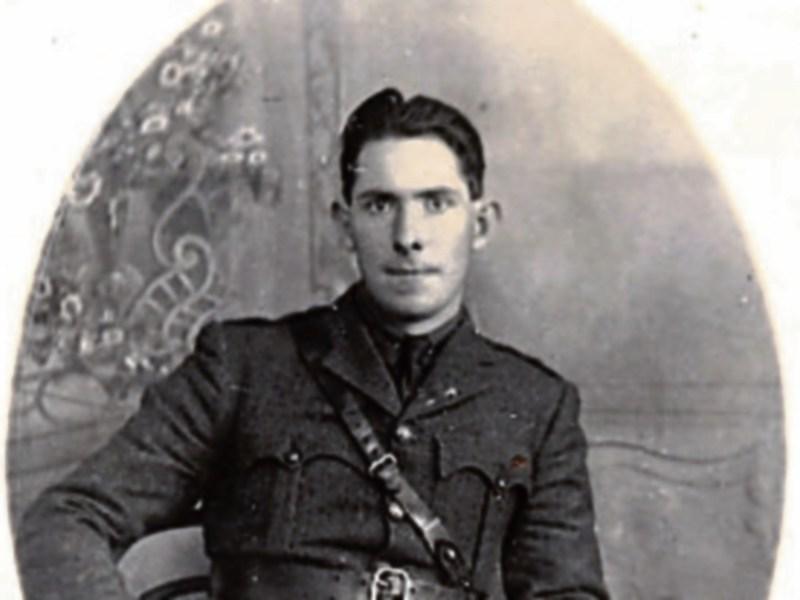 War of Independence hero General Sean MacEoin is to be the subject of a new film, which will hopefully provide a wealth of opportunities for Longford creatives.

Killoe native and award-winning director Tom Begley has been tinkering with the idea of making a film about the Longford IRA leader for some time and, after getting in touch with some contacts in the States, has decided to go ahead with it.

“I spent my early years listening to my grandparents telling stories about the great Sean MacEoin and the hero that he was,” said Tom, who lived in Killoe until the age of 9.

“I am an independent film-maker, so I would dearly love to be the one that tells his story for personal reasons. I am also in cahoots with another Longford man Davey Byrne and he has been encouraging me since we have been in touch.”

Davey Byrne is based in New York and has “quite a famous American actor” contact - Kevin Dillon - who is very interested in playing the role of MacEoin, “subject to the quality of the script”, according to Tom.

That’s where Lonford’s most talented writers come in: Tom is looking for a Longford writer to do the script.

“I want a scriptwriter from Longford for a number of reasons. A Longford writer will have a better understanding of the language and rhythm used and also the humour of the locals,” he said.

“I would also like to put Longford on the map and generate some interest in the county through the arts.”

There are a number of writing groups throughout the county, which Tom says is great to see, and he’s hoping that some of these groups have ventured into the art of screenwriting, as opposed to writing for a play.

“I’m not saying that there’s anything wrong with playwriting, but I do feel there is a need for more screenwriting, because it can be seen by a much wider audience and the  knock on from this is that Longford might start attracting film studios and big production companies to the county,” said Tom.

“I think there is very little film-making happening in the county and I only know of one small film group who do it on a part-time basis, so again there is need to encourage this by making funds available to would-be film-makers.”

But it’s not just scriptwriters that Tom wants. If and when this production goes ahead, he would like to utilise local actors for certain roles and parts, and he’d also like to use local people in crowd scenes.

The film will also require music, and Tom would love for songwriters and musicians to send in samples of their work for consideration. Everyone who is involved in the film will be credited.

Anyone interested in submitting samples of their work, can do so by emailing Tom at tom@fcekfilms.com. Further information can also be acquired by emailing Tom.