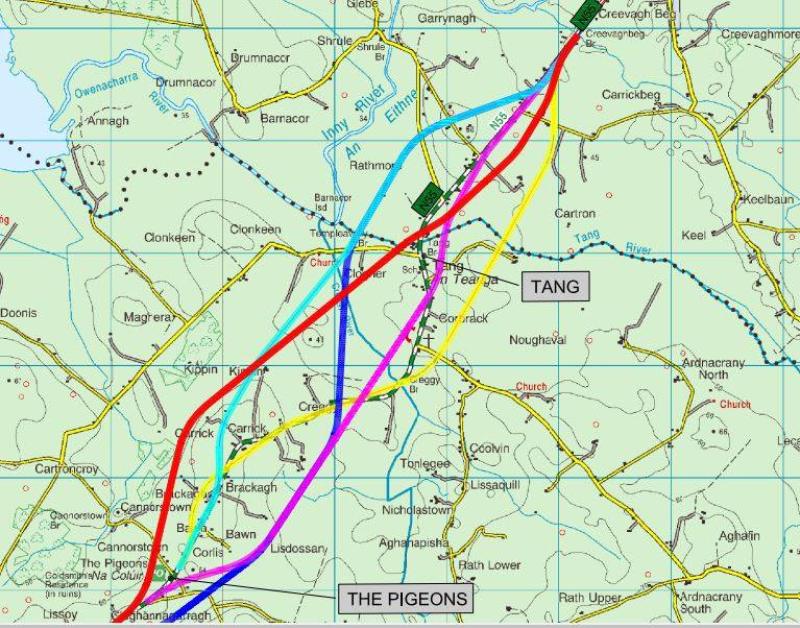 A view of some of the proposed route options for the new look N55 between Ballymahon and The Pigeons, Co Westmeath

Local residents living in the greater Ballymahon area along the border with Westmeath are being encouraged to attend a significant public consultation day ahead of the proposed upgrade of the N55.

Longford and Westmeath County Councils are holding an open forum on Wednesday to obtain people's views over proposed changes to the N55 between The Pigeons, Co Westmeath and Ballymahon.

It's the second time such an event has been held to select a preferred route option for the route following initial talks back in February.

"The speed with which this is progressing is quite amazing," said Cllr Paul Ross.

That swiftness prompted the Fine Gael councillor to urge as many people as possible to attend Wednesday's second consultation at Tang Community Centre.

"It is very important people have their say because there are a lot of houses and land for that matter which will be affected.

"People wouldn't want to think this (project) is years away because the pace at which this is moving shows that it is not," he added.

The event itself takes place from 2-8pm. For more information contact The National Roads Office, Culleen Beg, Mullingar, Co Westmeath at (044) 9334250 or log on to www.westmeathcoco.ie/news