Petie is a good example of doing, not merely talking about doing 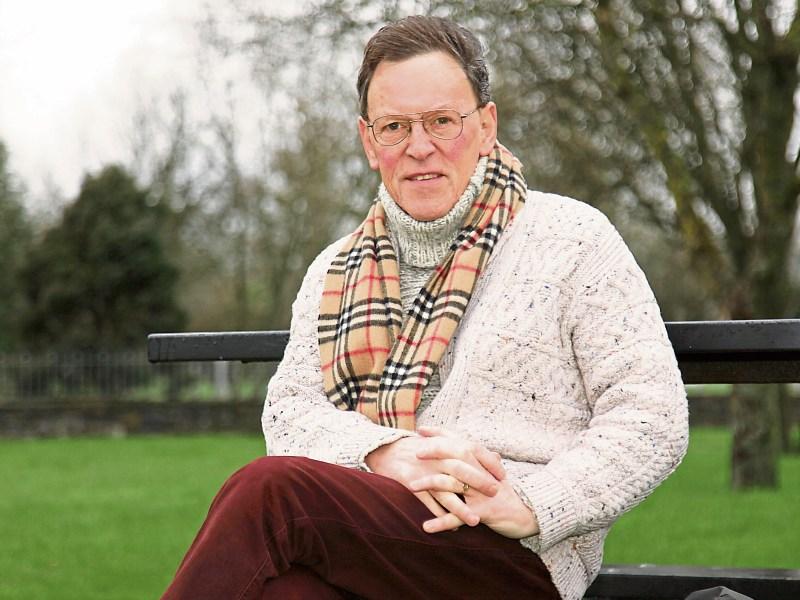 In an elevated position overlooking Loch  Gowna, on the road between Aughnacliffe and Gowna, lives Petie Mulligan. Petie lives in a gorgeous setting.

On a hill overlooking the expanse of Loch  Gowna, he can see Sonny's Point and sight of Derrycasson Wood in the distance.

If he walks around to Sonny's Point he'll see Inch Island peering through the sightline to his right, with a clear sight of the shoreline on to Dring where people gather regularly in Summertime to take in the beauty and the peace that is there for all, easy to find.

Less than two hundred yards from the road - there you can drive down to the water.

He can pick out the former Post Office, now closed, and can recall days of yore when it was indispensable to Purth, an outpost of Colmcille parish, and important to the nearest part of Mullinalaghta. Everyone depended on the Post Office for the local news, although too far away by road for Petie to frequent.

Some would call it idyllic, and he agrees enthusiastically that it is.

He appreciates the beauty surrounding him, and wouldn't want to live anywhere else.

A man who's comfortable in his own skin, he's always got a smile on his face, bordering on laughter, that reflects his humorous attitude to life in general, and to the County of Longford in particular.

Mischief beams large from what you can see of his face, with twinkling eyes, but you'd be making a big mistake if you thought that behind the demeanour and the rampant beard, there lurked someone who didn't think about anything!

Petie thinks a lot, deeply, and has a very sharp intellect, aware of all the happenings that befall this, his, county and country.

But he doesn't let it sour him to living life with joy.

Spring, Summer, Autumn and Winter the landscape changes with the seasons - as it does in all parts of the country - but around Loch  Gowna there's something magical permeating the atmosphere, making it an enviable place to live.

He's reared four children with his wife Ann, two boys and two girls with one of his sons, Johnny, following his father’s footsteps in the roofing trade.

It's a good place for creative thinking, and musing, and perusing on what to do that might make work easier, and bring a new element to Longford at the same time.

One evening on Sonny's Point he'd been mulling over the way they did roofs, and the hardship involved. He had an idea he'd seen at work in other places.

He decided to assemble the roof on the ground, finish it completely ready for slating, and hoist it onto the roof with his crane.

Nobody in Longford had done this, so far.

The more he thought about it, the more sense it seemed to make, as housing in several towns was uniform in design, merely turning the design around for every second house.

Moreover it was safer, no risk of guys wrestling with timber two or three floors up.

He developed the plan and is currently doing a development for builders in Drumlish, where the roofing comes assembled ready to drop onto the building. A first in Longford.

With his own crane - a valuable asset - he's made light work of converting four walls into something resembling a house, immediately.

It's great to see a Longford man who's progressive enough, and clever enough to embark on such an enterprise.

A good example of doing, not merely talking about doing.