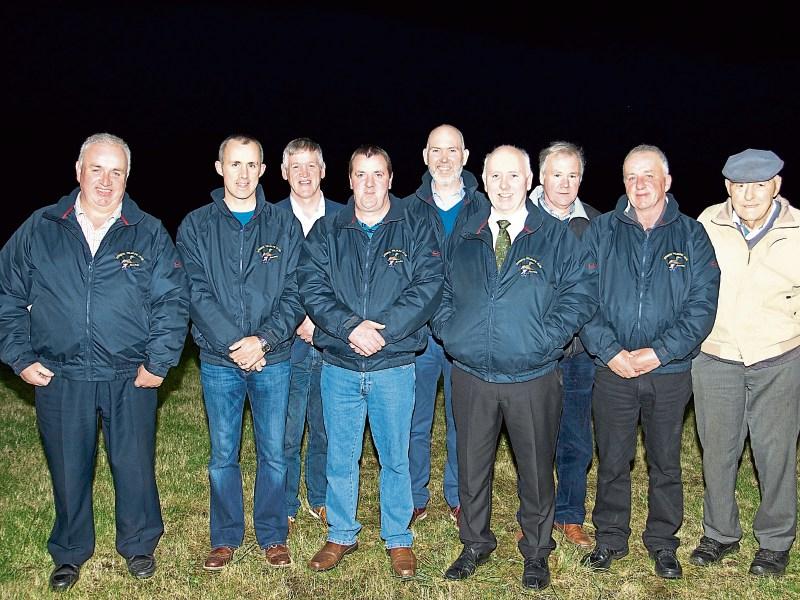 Streete Wildlife Club celebrated another significant milestone in the club’s history on Friday evening last with the blessing and official opening of their new clubhouse.

PRO Michael Campbell said the club decided to hold their annual mass for deceased members in the new clubhouse to coincide with the official opening.

Mr Campbell added, “Mass was very well attended and some former members expressed delight with the new developments within the club.”

Mr Campbell also thanked all neighbours and friends that showed up to support the event, club members, wives, girlfriends and partners that helped out in anyway. To Shanette Sheds from Kilbeggan for supplying and erecting the shed in a most professional manner.

Following the official opening, the club AGM took place. There was very little change in personnel to the outgoing committee. “In other words if it’s not broke don’t fix it!”

Mr Campbell remarked, “For those shooting enthusiasts who are not sure where Streete Shooting Grounds is just simply google Streete Wildlife Club and it will bring you to the spot. It is located on the Westmeath and Longford border in the little half parish we simply call Streete.”

One of the club’s oldest members, Mick Hayden, was unable to attend Friday’s celebration and Mr Campbell wished him a speedy recovery. “We miss you for the bit of banter. Get well soon, Mick.”